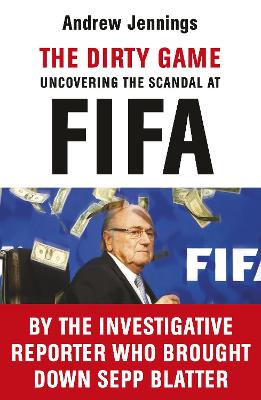 Uncovering the Scandal at FIFA

In The Dirty Game, investigative reporter and BBC Panorama presenter Andrew Jennings, who has been heralded around the world for his decade-long pursuit of this story, uncovers the eye-watering level of fraud and criminal activity at the heart of FIFA, which has been described as the biggest sporting scandal of the century.

From Blatter to Blazer, from bribery to embezzlement, Jennings reveals the key protagonists, crimes and evidence he handed to the FBI which led to the arrests of FIFA executive and the resignation of Sepp Blatter. Written in a gripping narrative, and based on years of research and never-before-seen documents, this is the definitive portrait of the downfall of FIFA, and the men who stole football.

Other Editions - The Dirty Game by Andrew Jennings 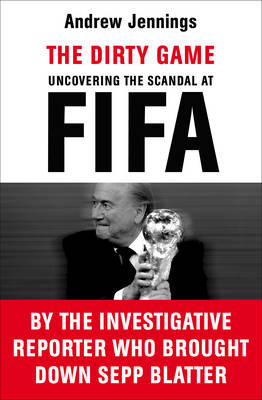 » Have you read this book? We'd like to know what you think about it - write a review about Dirty Game book by Andrew Jennings and you'll earn 50c in Boomerang Bucks loyalty dollars (you must be a Boomerang Books Account Holder - it's free to sign up and there are great benefits!)

Andrew Jennings is an award-winning investigative reporter and BBC Panorama presenter. He is the author of Foul!- The Secret World of FIFA and his seminal book exposing Olympic corruption The Lords of the Rings was an international bestseller. He has written for The Times, Daily Mail, Sunday Times, Private Eye and New Statesman as well as for publications all over Europe. He has pursued the FIFA corruption story for 13 years.

A Preview for this title is currently not available.
More Books By Andrew Jennings
View All