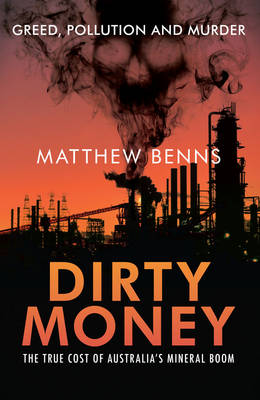 "The true story of Australia's vast mineral wealth and the men and companies digging in the dirt to get it. "They put the boys into the Anvil mining truck. They came for my dad. I asked them 'where are you taking him?' and they didn't answer." The Australian mining company trucks had come roaring into the African village and disgorged over 100 heavily armed Government soldiers. The rebels, protesting at the way the Australian company was mining the Congolese silver and copper without giving anything back to the local community, had already surrendered. But their looting of food and fuel from the Anvil Mining depot at Kilwa could not go unanswered. The Australians flew in the Government troops . "We started running but the soldiers caught and searched our belongings, they arrested my dad and two other boys," said Albert Kitanika. The soldiers refused to say where they were taking his father. "They took him 50 metres down the road where they shot and stabbed him to death." A United Nations investigation found Mr Kitanika was one of at least 100 people summarily executed in the Government operation in 2004. Afterwards the Australian company issued a press release praising the

» Have you read this book? We'd like to know what you think about it - write a review about Dirty Money book by Matthew Benns and you'll earn 50c in Boomerang Bucks loyalty dollars (you must be a Boomerang Books Account Holder - it's free to sign up and there are great benefits!)

Matthew Benns is a freelance journalist and has written exclusive stories on the mining industry. He is also the author of a number of books including The Men Who Killed Qantas for Random House. Dirty Money is a sequel in the same mould. Using impeccable sources within the mining industry and charitable watchdog groups, it will dramatically put the pollution and financial scandals into the context of a world facing up to the effects of global warming. Is mining sustainable? What needs to be done to make it ethical? Are Australian companies prepared to take any steps or is the only imperative greed? This book will provide Australians with the uncomfortable facts and shocking answers.

A Preview for this title is currently not available.
More Books By Matthew Benns
View All