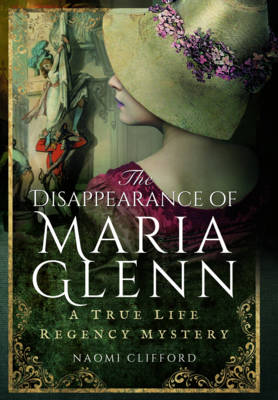 The Disappearance of Maria Glenn

Description - The Disappearance of Maria Glenn by Naomi Clifford

Taunton, 1817. What seems a simple newspaper report of "elopement gone wrong" turns out to be a rollercoaster story of crime, coercion, illusory triumph and fraudulent defeat. Barrister George Tuckett wakes to discover that his 16-year-old niece Maria Glenn, reputedly the heiress to West Indian sugar plantations, is missing. He discovers that she has been abducted by the Bowditches, a local farming family, who intend to force her to marry one of their sons. Maria is rescued and Tuckett starts investigating the crime himself, uncovering a complex and disturbing web of lies and impersonation. At a drama-filled trial that is the talk of the country, four people are sentenced to prison. When a cabal of powerful people in Taunton begin a campaign to destroy Maria's testimony, her supporters fall away and she is openly vilified. Her enemies have her arrested for perjury and, after a ramshackle trial, she is forced to flee into exile. Yet the story of conspiracy and deception does not end there, as Maria and her uncle were to suffer one final and devastating betrayal. But was Maria telling the truth? Both sides had given utterly different versions of events during the trial - so it was clear that someone had to be lying. 32 illustrations

Book Reviews - The Disappearance of Maria Glenn by Naomi Clifford

» Have you read this book? We'd like to know what you think about it - write a review about Disappearance of Maria Glenn book by Naomi Clifford and you'll earn 50c in Boomerang Bucks loyalty dollars (you must be a Boomerang Books Account Holder - it's free to sign up and there are great benefits!)


A Preview for this title is currently not available.
More Books By Naomi Clifford
View All