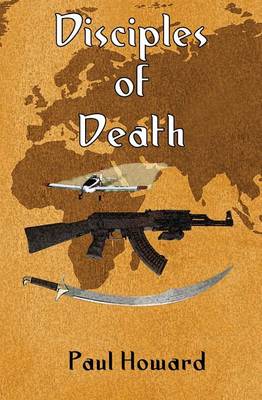 Sarah Appleton has been kidnapped from her university campus in Cambridge, England. When she escapes, killing her abductor, she sets in motion a chain of events that has repercussions all across the world. Sarah and her father, Martin Appleton, flee the Russian mafia, from whom Martin stole twenty million dollars in bearer bonds, leaving authorities to unravel the threat of a terrorist plot using biological weapons of mass destruction stolen from a Russian lab and sold to Middle Eastern extremists. As the authorities scramble to unravel the scant clues left by people who make few mistakes, terrorists gear up for an attack that will leave millions of innocent people dead and the governments of several Middle Eastern nations in chaos.

» Have you read this book? We'd like to know what you think about it - write a review about Disciples of Death book by Paul Howard and you'll earn 50c in Boomerang Bucks loyalty dollars (you must be a Boomerang Books Account Holder - it's free to sign up and there are great benefits!)