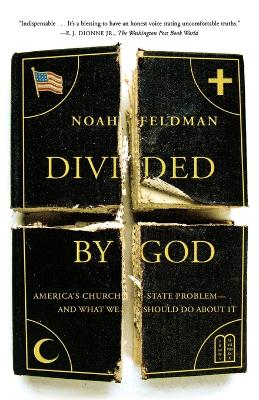 America's Church-State Problem--And What We Should Do about It

Even before George W. Bush gained reelection by wooing religiously devout "values voters," it was clear that church-state matters in the United States had reached a crisis. With Divided by God, Noah Feldman shows that the crisis is as old as this country--and looks to our nation's past to show how it might be resolved.

Today more than ever, ours is a religiously diverse society: Muslim, Hindu, and Buddhist as well as Catholic, Protestant, and Jewish. And yet more than ever, committed Christians are making themselves felt in politics and culture.

What are the implications of this paradox? To answer this question, Feldman makes clear that again and again in our nation's history diversity has forced us to redraw the lines in the church-state divide. In vivid, dramatic chapters, he describes how we as a people have resolved conflicts over the Bible, the Pledge of Allegiance, and the teaching of evolution through appeals to shared values of liberty, equality, and freedom of conscience. And he proposes a brilliant solution to our current crisis, one that honors our religious diversity while respecting the long-held conviction that religion and state should not mix.

Divided by God speaks to the headlines, even as it tells the story of a long-running conflict that has made the American people who we are.

Other Editions - Divided by God by Noah Feldman 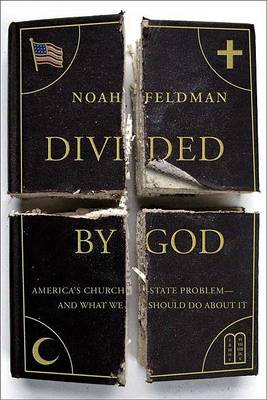 » Have you read this book? We'd like to know what you think about it - write a review about Divided by God book by Noah Feldman and you'll earn 50c in Boomerang Bucks loyalty dollars (you must be a Boomerang Books Account Holder - it's free to sign up and there are great benefits!)

Noah Feldman, who teaches law at New York University, is the author of After Jihad and What We Owe Iraq. He lives in New York and Washington, D.C.

A Preview for this title is currently not available.
More Books By Noah Feldman
View All