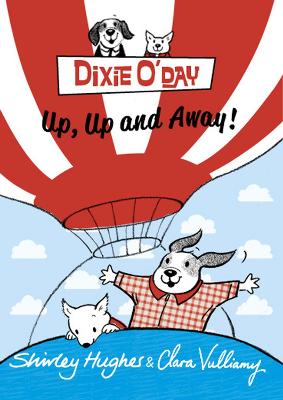 Description - Dixie O'Day: Up, Up and Away! by Shirley Hughes

A runaway hot air balloon, a parrot in search of a new home, and the dastardly Lou-Ella hot on their heels - Dixie and Percy are Up, Up and Away!

Dixie, Percy and their new friend, Ariel, are off on an adventure in the clouds. Making a speedy getaway from their archenemy Lou Ella, they find themselves soaring away in a hot-air balloon! But there are stormy skies ahead...

Be swept away with Dixie and Percy in an action-packed airborne escapade from mother-daughter pairing Shirley Hughes and Clara Vulliamy. These first chapter books have one chapter for each night of the week and are full of maps, extra activities, and everything needed to empower a new reader.

Buy Dixie O'Day: Up, Up and Away! by Shirley Hughes from Australia's Online Independent Bookstore, Boomerang Books.

Other Editions - Dixie O'Day: Up, Up and Away! by Shirley Hughes 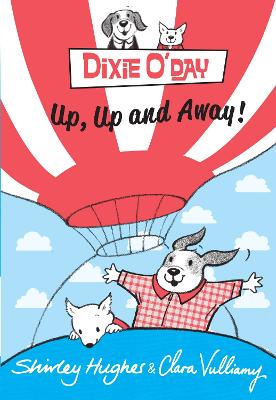 Book Reviews - Dixie O'Day: Up, Up and Away! by Shirley Hughes

» Have you read this book? We'd like to know what you think about it - write a review about Dixie O'Day: Up, Up and Away! book by Shirley Hughes and you'll earn 50c in Boomerang Bucks loyalty dollars (you must be a Boomerang Books Account Holder - it's free to sign up and there are great benefits!)

Shirley Hughes (Author) Shirley was born in West Kirby, near Liverpool, and studied fashion and dress design at Liverpool Art School, before continuing her studies at the Ruskin School of Drawing and Fine Art in Oxford. She then embarked on a career as a freelance illustrator in London, where she still lives today. She illustrated other writers' work, including Noel Streatfeild, Alison Uttley, Ian Seraillier, Margaret Mahy and notably Dorothy Edwards's My Naughty Little Sister series. Shirley began to write and draw her own picture books when her children were young. Her first book - Lucy and Tom's Day - was published in 1960, and she followed it with, among others, Dogger and the Alfie series. Shirley Hughes has won the Other Award, the Eleanor Farjeon Award, and the Kate Greenaway Medal for Illustration twice, for Dogger in 1977 and for Ella's Big Chance in 2003. In 2007 Dogger was voted the public's favourite Greenaway winner of all time. Shirley received an OBE in 1999 for services to Children's Literature, and is the first recipient of Booktrust's Lifetime Achievement Award. Clara Vulliamy (Illustrator) Clara was born in Notting Hill, and studied at Chelsea School of Art, The Ruskin in Oxford, and The Royal Academy. She began her career by doing illustrations in newspapers and magazines, and started doing books for children when she had children of her own. Clara lives in Twickenham with her husband and two grown-up children.

A Preview for this title is currently not available.
More Books By Shirley Hughes
View All