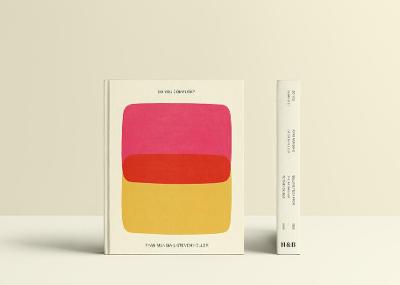 Description - Do You Compute: Selling Tech from the Atomic Age to the Y2K Bug 1950-1999 by Ryan Mungia

Do You Compute? is a broad survey featuring the very best of computer advertising in the 20th century. From the Atomic Age to the Y2K bug, this volume presents a connoisseur's selection of graphic gems culled from museums, university archives, and private collections to illustrate the evolution of the computer from its early days as a hulking piece of machinery to its current state as a handheld device.

Before Alexa and the iPhone, there was the large and unwieldy mainframe computer. In the postwar 1950s, computers were mostly used for aerospace and accounting purposes. To the public at large, they were on a rung that existed somewhere between engineering and science fiction. Magazine ads and marketing brochures were designed to create a fantasy surrounding these machines for prospective clients: Higher profit margins! Creativity unleashed! Total automation! With the invention of the microchip in the 1970s came the PC and video games, which shifted the target of computer advertising from corporations to the individual. By the end of the millennium, the notion of selling tech burst wide open to include robots, cell phones, blogs, online dating services, and much, much more.

Accompanied by two essays - one by cultural anthropologist Ryan Mungia and the other by graphic design historian Steven Heller-and including five different decade-long timelines that highlight some of the most influential moments in computer history, this fun yet meaningful volume is a unique look at the computer and how it has shaped our world.

Buy Do You Compute: Selling Tech from the Atomic Age to the Y2K Bug 1950-1999 by Ryan Mungia from Australia's Online Independent Bookstore, Boomerang Books.

» Have you read this book? We'd like to know what you think about it - write a review about Do You Compute: Selling Tech from the Atomic Age to the Y2K Bug 1950-1999 book by Ryan Mungia and you'll earn 50c in Boomerang Bucks loyalty dollars (you must be a Boomerang Books Account Holder - it's free to sign up and there are great benefits!)


A Preview for this title is currently not available.
More Books By Ryan Mungia
View All