Doctor Who and the Dinosaur Invasion

Description - Doctor Who and the Dinosaur Invasion by Malcolm Hulke

The Doctor and Sarah arrive in London to find it deserted. The city has been evacuated as prehistoric monsters appear in the streets. While the Doctor works to discover who or what is bringing the dinosaurs to London, Sarah finds herself trapped on a spaceship that left Earth months ago travelling to a new world...

Against the odds, the Doctor manages to trace the source of the dinosaurs. But will he and the Brigadier be in time to unmask the villains before Operation Golden Age changes the history of planet Earth and wipes out the whole of human civilisation?

This novel is based on a Doctor Who story which was originally broadcast from 12 January-16 February 1974.

Book Reviews - Doctor Who and the Dinosaur Invasion by Malcolm Hulke

» Have you read this book? We'd like to know what you think about it - write a review about Doctor Who and the Dinosaur Invasion book by Malcolm Hulke and you'll earn 50c in Boomerang Bucks loyalty dollars (you must be a Boomerang Books Account Holder - it's free to sign up and there are great benefits!)

Malcolm Hulke was a prolific and respected television writer from the 1950s until the 1970s. His writing credits included the early science fiction Pathfinders series, as well as The Avengers. Hulke was first approached to write for Doctor Who when the series first started, but his idea for The Hidden Planet was not pursued. In 1967 he wrote The Faceless Ones (with David Ellis) for the Second Doctor. By 1969, Hulke's friend and occasional writing partner Terrance Dicks was Script Editor for Doctor Who and needed a ten part story to replace other scripts and write out Patrick Troughton's Doctor. Together, they wrote The War Games, which for the first time explained the Doctor's origins and introduced his people, the Time Lords. Hulke continued to write for Doctor Who, providing a story for each of the Third Doctor's series. Malcolm Hulke died in 1979, soon after completing his novelisation of The War Games.

A Preview for this title is currently not available.
More Books By Malcolm Hulke
View All 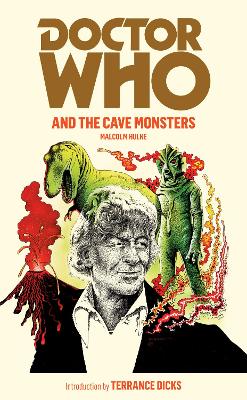