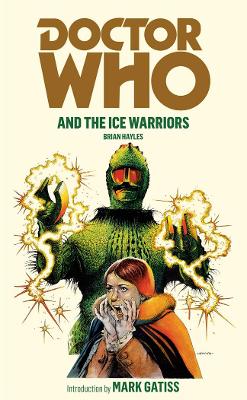 Doctor Who and the Ice Warriors

Description - Doctor Who and the Ice Warriors by Brian Hayles

The world is in the grip of a second Ice Age. Despite a coordinated global effort, the glaciers still advance. But they are not the only threat to the planet.Buried deep in the ice, scientists at Britannicus Base have discovered an ancient warrior. But this is no simple archaeological find. What they have found is the commander of a spaceship that crashed into the glacier thousands of years ago. Thawed from the ice, and knowing their home planet Mars is now a dead world, the Ice Warriors decide to make Earth their own...Can the Doctor and his friends overcome the warlike Martians and halt the advance of the glaciers?This novel is based on a Doctor Who story which was originally broadcast from 11 November to 16 December 1967. This was the first Doctor Who story to feature the Ice Warriors.Featuring the Second Doctor as played by Patrick Troughton, and his companions Jamie and Victoria

Book Reviews - Doctor Who and the Ice Warriors by Brian Hayles

» Have you read this book? We'd like to know what you think about it - write a review about Doctor Who and the Ice Warriors book by Brian Hayles and you'll earn 50c in Boomerang Bucks loyalty dollars (you must be a Boomerang Books Account Holder - it's free to sign up and there are great benefits!)

Brian Hayles wrote for radio, television and film, including such series as The Archers, United! and Z Cars. Hayles' work on Doctor Who included adventures for the first three Doctors. His first story was the well-remembered 'The Celestial Toymaker', and after his historical adventure 'The Smugglers', Hayles wrote 'The Ice Warriors' - introducing the creatures for which he is best remembered. He wrote three further Ice Warriors stories, the last two featuring the Third Doctor and set on the feudal planet Peladon. Brian Hayles died in 1978.