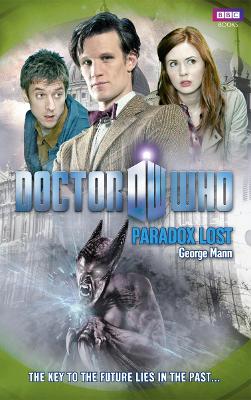 The Doctor and his friends must stop the deadly alien Squall from devouring the world.

'The Squall feed on psychic energy. They spread like a plague and if they are not stopped they will strip the Earth clean...'London 1910- an unsuspecting thief finds himself confronted by grey-skinned creatures that are waiting to devour his mind. London 2789- the remains of an ancient android are dredged from the Thames. When reactivated it has a warning that can only be delivered to a man named 'the Doctor'.The Doctor and his friends must solve a mystery that has spanned over a thousand years. If they fail, the deadly alien Squall will devour the world.A thrilling all-new adventure featuring the Doctor, Amy and Rory, as played by Matt Smith, Karen Gillan and Arthur Darvill in the spectacular hit Doctor Who series from BBC Television.

» Have you read this book? We'd like to know what you think about it - write a review about Doctor Who: Paradox Lost book by George Mann and you'll earn 50c in Boomerang Bucks loyalty dollars (you must be a Boomerang Books Account Holder - it's free to sign up and there are great benefits!)

George Mann is the author of the Newbury & Hobbes steampunk mystery series, as well as numerous other novels, short stories and original audiobooks. He has edited a number of anthologies including The Solaris Book of New Science Fiction, The Solaris Book of New Fantasy and a retrospective collection of Sexton Blake stories, Sexton Blake, Detective. He lives near Grantham, UK, with his wife, son and daughter.

A Preview for this title is currently not available.
More Books By George Mann
View All