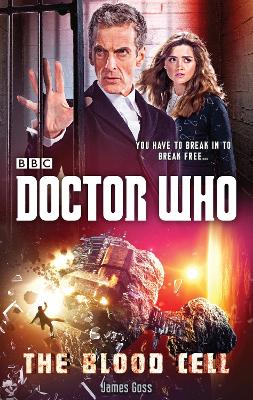 "Release the Doctor - or the killing will start." An asteroid in the furthest reaches of space - the most secure prison for the most dangerous of criminals. The Governor is responsible for the cruellest murderers so he's not impressed by the arrival of the man they're calling the most dangerous criminal in the quadrant. Or, as he prefers to be known, the Doctor. But when the new prisoner immediately sets about trying to escape, and keeps trying, the Governor sets out to find out why. Who is the Doctor and what's he really doing here? And who is the young woman who comes every day to visit him, only to be turned away by the guards? When the killing finally starts, the Governor begins to get his answers.

» Have you read this book? We'd like to know what you think about it - write a review about Doctor Who: The Blood Cell (12th Doctor novel) book by James Goss and you'll earn 50c in Boomerang Bucks loyalty dollars (you must be a Boomerang Books Account Holder - it's free to sign up and there are great benefits!)

James Goss has written three Torchwood novels, a Doctor Who novel, and two radio plays, and is the co-author, with Steve Tribe of The Dalek Handbook and Doctor Who- A History of the Universe in 100 Objects. His Doctor Who audiobook Dead Air won Best Audiobook 2010 and his books Dead of Winter and First Born were both nominated for the 2012 British Fantasy Society Awards.