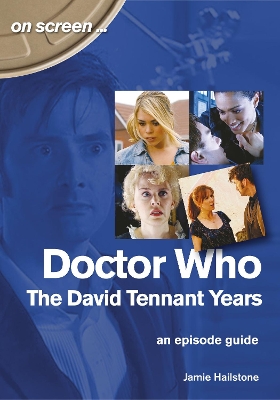 Doctor Who - The David Tennant Years. An Episode Guide (On Screen)

Description - Doctor Who - The David Tennant Years. An Episode Guide (On Screen) by Jamie Hailstone

When David Tennant took over as the Tenth Doctor in 2005, the rejuvenated science fiction series was still in its infancy, having just completed its first series. Under the direction of showrunner Russell T. Davies, Doctor Who had burst back onto our screens after a lengthy absence and while it was more popular than ever, there was always a question of how audiences would react to one of the show's central concepts - the regeneration of the lead character itself. Fortunately, the casting of Tennant proved to be an inspired choice. Armed with nothing more than a pinstripe suit, a pair of plimsolls and a sonic screwdriver, he proved to be more than a match for the Cybermen, the Ood and the dreaded Daleks. And as companions entered and left the Tardis, Doctor Who became one of the BBC's biggest programmes all over the world. Now, more than 10 years after his final episode, The End of Time, this unofficial book aims to examine the enduring popularity of the Tenth Doctor, with comprehensive reviews for all of David Tennant's episodes, behind the scenes trivia and a guide to some of the locations that were used to create a television legend. Don't leave the constellation of Kasterborous without it! AUTHOR: Jamie Hailstone is a journalist, author and lifelong Doctor Who fan. As a journalist, he has contributed to the likes of Classic Rock, Utility Week and the Municipal Journal, having interviewed more politicians and rock stars than he cares to remember along the way. His previous works include A True Gentleman for Doctor Who: Short Trips Volume 1 (Big Finish 2010) and Professor Howe and the Shanghaied Scientists (Long Scarf Publications 2019). He lives in West Sussex, UK. 42 colour illustrations

Book Reviews - Doctor Who - The David Tennant Years. An Episode Guide (On Screen) by Jamie Hailstone

» Have you read this book? We'd like to know what you think about it - write a review about Doctor Who - The David Tennant Years. An Episode Guide (On Screen) book by Jamie Hailstone and you'll earn 50c in Boomerang Bucks loyalty dollars (you must be a Boomerang Books Account Holder - it's free to sign up and there are great benefits!)