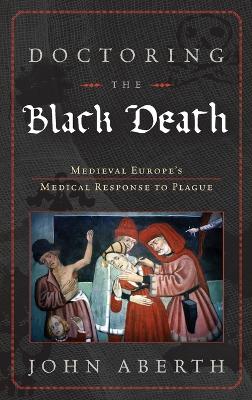 Drawing on extensive archival research, Aberth has carefully examined the hundreds of plague treatises written in a range of languages from the first outbreak of the Black Death in Europe in 1348-1350 through 1500. He convincingly demonstrates that medieval doctors' response to the plague was by no means static. He includes doctors' vivid personal anecdotes, showing how their battles to combat the disease (which often afflicted them personally), and the scale and scope of the plague led many to question ancient authorities. While medieval doctors were, to a large extent, circumscribed by age-old knowledge and understandings of disease, they did formulate an alternative to the miasmatic explanation of disease causation and the usual curative method of bleeding. Aberth dispels many myths and misconceptions about medicine during the Middle Ages and argues that plague doctors formulated a unique and far-reaching response. Indeed, doctors during the Black Death began to conceive of plague as a poison, a conception that had far-reaching implications, both in terms of medical treatment and social and cultural responses to the disease in society as a whole.

» Have you read this book? We'd like to know what you think about it - write a review about Doctoring the Black Death book by John Aberth and you'll earn 50c in Boomerang Bucks loyalty dollars (you must be a Boomerang Books Account Holder - it's free to sign up and there are great benefits!)

John Aberth holds a PhD in medieval history from the University of Cambridge and is the author of numerous books on disease and the Middle Ages.

A Preview for this title is currently not available.
More Books By John Aberth
View All