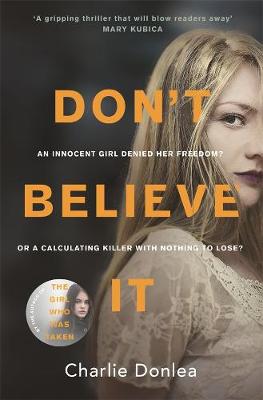 In this twisting, page-turning thriller, an ambitious documentary filmmaker seeks the release of a convicted killer. But is she just a puppet in a sinister game?

From the author of the bestselling The Girl Who Was Taken comes another impossible-to-put-down novel of suspense.

The Girl of Sugar Beach is about to become the most watched documentary in television history. The ten-part true-crime serial centers on the burning question- did Grace Sebold really murder her boyfriend, or is she the victim of a shocking miscarriage of justice?

For Grace has spent the last ten years in prison, and now she's reaching out to filmmaker Sidney Ryan in a final, desperate attempt to prove her innocence.

As the first episodes go to air, exposing startling new evidence and additional suspects, the series quickly becomes a ratings smash - and Sidney a celebrity in her own right.

Yet by delving deeper into Grace's past, Sidney is uncovering layer after layer of deception. And as she edges closer to the real heart of the story, she must decide if finding the truth is worth risking her newfound fame, her career . . . even her life.

'You can't blame Charlie Donlea if the ending of his novel makes your jaw drop. The title alone - Don't Believe It - is fair warning that his characters are no more to be trusted than our initial impressions of them.' New York Times

'A perfectly executed and entirely satisfying read, Don't Believe It is a gripping thriller that will blow readers away, from the first page right up to the very last words. Charlie Donlea's best book yet!' Mary Kubica, author of Pretty Baby and The Good Girl

Other Editions - Don't Believe It by Charlie Donlea 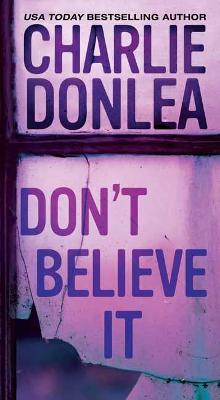 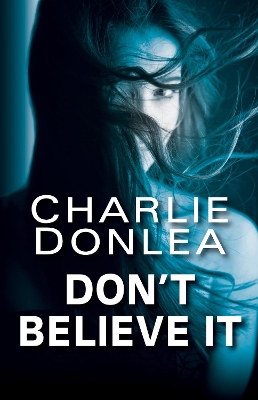 » Have you read this book? We'd like to know what you think about it - write a review about Don't Believe It book by Charlie Donlea and you'll earn 50c in Boomerang Bucks loyalty dollars (you must be a Boomerang Books Account Holder - it's free to sign up and there are great benefits!)

Charlie Donlea is a USA Today bestselling author who has been praised as a 'bold new writeraon his way to becoming a major figure in the world of suspense' (Publishers Weekly). He was born and raised in Chicago, where he continues to live with his wife and two young children. He is the author of three novels- Summit Lake, The Girl Who Was Taken and Don't Believe It (released in May 2018).

A Preview for this title is currently not available.
More Books By Charlie Donlea
View All