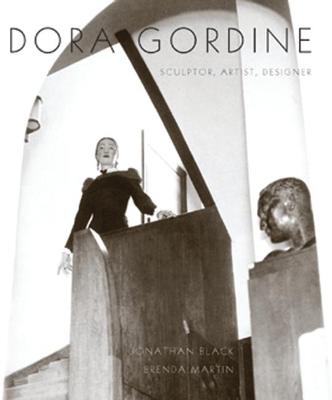 In 1938 Dora Gordine was hailed as 'possibly becoming the finest woman sculptor in the world.' For over thirty years she was widely perceived as a major presence in European sculpture; for her contribution to the inter-war art movement known as the rappel a l'ordre, as a prominent member of the Royal Society of British Sculptors and as a founder of the Society of Portrait Sculptors. In her heyday, from the late 1920's to the mid 1960's, she attracted the admiration and respect of prominent figures within the cultural world as diverse as the celebrated sculptor Aristide Maillol, modernist architects such as Auguste Perret and Charles Holden, curators such as Sir Kenneth Clark and Alfred Flechtheim and writers such as Freya Stark, Sir John Pope-Hennessy and Robert Byron.She was widely admired as a creator of psychologically acute portrait heads, idiosyncratically distinctive public memorials and sensuously stylish figure sculpture. She also merits attention for her highly individual sense of style evident in the studio-homes she had built for herself in Paris, Singapore and in London.
The last of these homes, Dorich House on the edge of Richmond Park, is the most architecturally intriguing and was designed by Gordine herself - a feat virtually unheard of for a woman artist at the time of its construction in 1936.Gifted, charismatic, imperious and irrepressible, 'La Gordine' led a fascinating life travelling extensively in Europe, North America and in South-East Asia. An air of mystery has often been associated with the artist - who was readily prepared to foster uncertainly concerning her background and nationality.This book is the first to reveal the reality of her colourful life, containing a wealth of previously unpublished material, as well as providing a comprehensive assessment of her undoubted achievements as a talented and versatile sculptor and artist who, possessed a distinct flair for architectural and interior design. The book is richly illustrated with eighty superb colour plates and two hundred monochrome plates - the majority of which are published for the first time. It also incorporates the first catalogue raisonne of Gordine's impressive sculptural oeuvre. 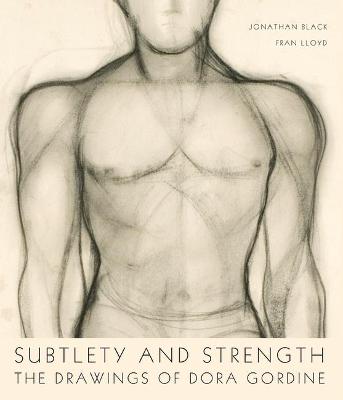 » Have you read this book? We'd like to know what you think about it - write a review about Dora Gordine book by Jonathan Black and you'll earn 50c in Boomerang Bucks loyalty dollars (you must be a Boomerang Books Account Holder - it's free to sign up and there are great benefits!)

Dr. Jonathan Black is Senior Research Fellow in History of Art at Dorich House Museum, Kingston University. In 2004 he curated the exhibition Blasting the Future: Vorticism in Britain 1910-1920 held at the Estorick Collection of Modern Italian Art, London and the Whitworth Art Gallery, the University of Manchester. He edited and contributed an essay to the exhibition catalogue.He is the author of The Sculpture of Eric Kennington (Lund Humphries, 2002) and of Form, Feeling and Calculation: The Complete Paintings and Drawings of Edward Wadsworth (1889-1949) (Philip Wilson, 2006). Essays by him on the sculpture of Henri Gaudier-Brzeska and the prints of C.R.W. Nevinson have recently appeared in We The Moderns: Gaudier-Brzeska and His European Contemporaries (Kettle's Yard, University of Cambridge, 2007) and in A Dilemma of English Modernism: Visual and Verbal Politics in the Life and Work of C.R.W. Nevinson (1889-1946) (University of Delaware, 2007). Forthcoming publications will include a monograph on the sculptor Ivor Roberts-Jones (1913-1996).He will be contributing to the major Dora Gordine retrospective exhibition to be held in 2009.Brenda Martin is the Curator of Dorich House Museum. Recent publications include essays on the architecture and design of Dorich House in Woman's Places: Architecture and Design 1860-1960 (Routledge, 2003) and within the exhibition catalogue Embracing the Exotic: Jacob Epstein and Dora Gordine (Ben Uri Gallery of Jewish Art, London, 2006). She co-edited, with Penny Sparke and Trevor Keeble, The Modern Period Room: The Construction of the Exhibited Interior 1870 to 1950 (Routledge, 2006). She will be curating the 2009 Dora Gordine Retrospective Exhibition.

A Preview for this title is currently not available.
More Books By Jonathan Black
View All