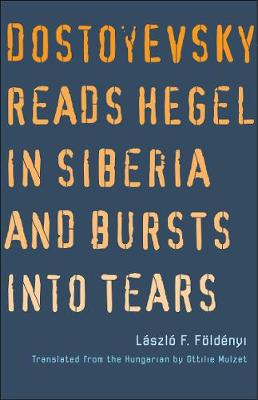 Dostoyevsky Reads Hegel in Siberia and Bursts into Tears

"Foeldenyi . . . stage[s] a broad metaphysical melodrama between opposites that he pursues throughout this fierce, provoking collection (expertly translated by Ottilie Mulzet). . . . He proves himself a brilliant interpreter of the dark underside of Enlightenment ambition."-James Wood, New Yorker

Laszlo Foeldenyi's work, in the long tradition of public intellectual and cultural criticism, resonates with the writings of Montaigne, Walter Benjamin, and Thomas Mann. In this new essay collection, Foeldenyi considers the continuing fallout from the collapse of religion, exploring how Enlightenment traditions have not replaced basic elements of previously held religious mythologies-neither their metaphysical completeness nor their comforting purpose. Realizing beautiful writing through empathy, imagination, fascination, and a fierce sense of justice, Foeldenyi covers a wide range of topics including a meditation on the metaphysical unity of a sculpture group and an analysis of fear as a window into our relationship with time.

Other Editions - Dostoyevsky Reads Hegel in Siberia and Bursts into Tears by Laszlo F. Foldenyi 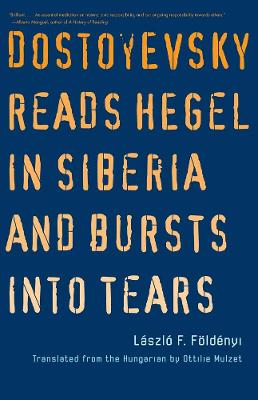 » Have you read this book? We'd like to know what you think about it - write a review about Dostoyevsky Reads Hegel in Siberia and Bursts into Tears book by Laszlo F. Foldenyi and you'll earn 50c in Boomerang Bucks loyalty dollars (you must be a Boomerang Books Account Holder - it's free to sign up and there are great benefits!)


A Preview for this title is currently not available.
More Books By Laszlo F. Foldenyi
View All