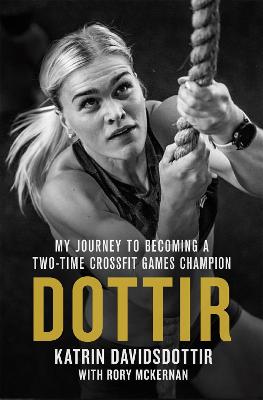 My Journey to Becoming a Two-Time Crossfit Games Champion

Dottir is two-time consecutive CrossFit Games Champion Katrin Davidsdottir's inspiring and poignant memoir. As one of only two women in history to have won the title of "Fittest Woman on Earth" twice, Davidsdottir knows all about the importance of mental and physical strength. She won the title in 2015, backing it up with a second win in 2016, after starting CrossFit in just 2011.

A gymnast as a youth, Davidsdottir wanted to try new challenges and found a love of CrossFit. But it hasn't been a smooth rise to the top. In 2014, just one year before taking home the gold, she didn't qualify for the Games. She used that loss as motivation and fuel for training harder and smarter for the 2015 Games. She pushed herself and refocused her mental game. Her hard work and perseverance paid off with her return to the Games and subsequent victories in 2015 and 2016.

In Dottir, Davidsdottir shares her journey with readers. She details her focus on training, goal setting, nutrition, and mental toughness.

Other Editions - Dottir by Rory McKernan 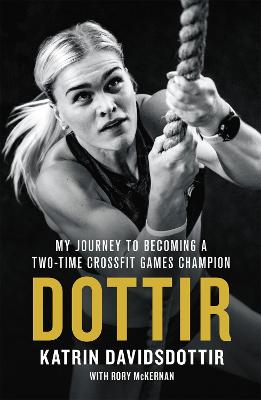 » Have you read this book? We'd like to know what you think about it - write a review about Dottir book by Rory McKernan and you'll earn 50c in Boomerang Bucks loyalty dollars (you must be a Boomerang Books Account Holder - it's free to sign up and there are great benefits!)

KATRIN DAVIDSDOTTIR is the consecutive two-time champion of CrossFit's The Fittest Woman on Earth competition. A former gymnast and track athlete from Reykjavik, Iceland, she is only the third person to ever win the games twice, and only the second woman to do so. She is currently training for next year's games in Natick, Massachusetts.

A Preview for this title is currently not available.
More Books By Rory McKernan
View All