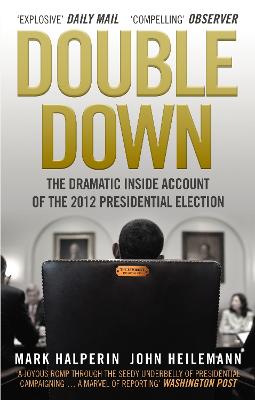 Description - Double Down by John Heilemann

From the authors of the number one New York Times bestseller Game Change, an explosive account of the 2012 presidential election

'What am I supposed to do when he starts spewing his bullshit?' Barack Obama preparing for his first debate with Mitt RomneyIn their runaway bestseller Game Change / Race of a Lifetime, Mark Halperin and John Heilemann captured the full drama of Barack Obama's improbable, dazzling victory over the Clintons, John McCain and Sarah Palin. With the same masterly reporting, unparalleled access, and narrative skill, Double Down picks up the story in the Oval Office, where the president is beset by crises both inherited and unforeseen - facing defiance from his political foes, disenchantment from voters, disdain from the nation's powerful finance figures and dysfunction within the West Wing. As 2012 looms, leaders of the Republican Party, salivating over Obama's political fragility, see a chance to wrestle back control of the White House - and the country.So how did the Republicans screw it up? How did Obama survive the onslaught and defy the predictions of a one-term presidency? Double Down follows the gaudy carnival of Republican contenders - ambitious and flawed, famous and infamous, charismatic and cartoonish - as Mitt Romney, the straitlaced, can-do, gaffe-prone multimillionaire from Massachusetts, scraped and scratched his way to the nomination, while Obama is seen storming out of a White House meeting with his high command after accusing them of betrayal, and gradually transforming a tense detente with Bill Clinton into political gold.Double Down takes you into back rooms and closed-door meetings, laying bare the secret history of the 2012 campaign in a panoramic account of an election that was as hard fought as it was lastingly consequential.

Other Editions - Double Down by John Heilemann 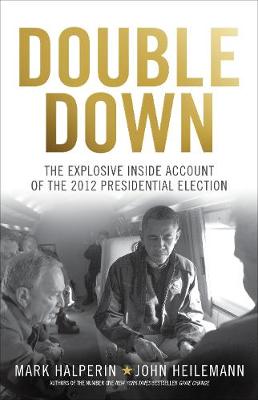 » Have you read this book? We'd like to know what you think about it - write a review about Double Down book by John Heilemann and you'll earn 50c in Boomerang Bucks loyalty dollars (you must be a Boomerang Books Account Holder - it's free to sign up and there are great benefits!)

John Heilemann and Mark Halperin are two of the most acclaimed political reporters in the United States, with unrivalled access to the presidential candidates and their teams throughout the campaign. John Heilemann is the national political correspondent and columnist for New York magazine. He is a National Magazine Award finalist and a former staff writer for the New Yorker, the Economist, and Wired. Mark Halperin is editor-at-large and senior political analyst for Time, founding editor of The Page on time.com, and former political director of ABC News.

A Preview for this title is currently not available.
More Books By John Heilemann
View All