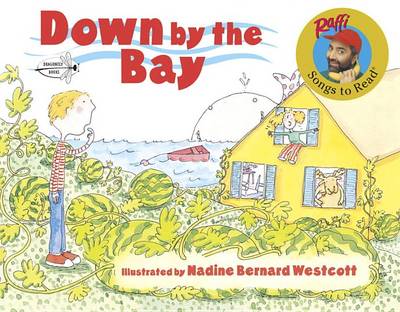 Down By The Bay

Description - Down By The Bay by Raffi

Singing and reading to your child are consid ered the best ways parents can stimulate the development of a child''s brain during the earliest years. This book unites the rhythm, rhyme and repetition that helps to lay the found ations for later speech. '

Buy Down By The Bay by Raffi from Australia's Online Independent Bookstore, Boomerang Books.

Other Editions - Down By The Bay by Raffi Book Reviews - Down By The Bay by Raffi

» Have you read this book? We'd like to know what you think about it - write a review about Down By The Bay book by Raffi and you'll earn 50c in Boomerang Bucks loyalty dollars (you must be a Boomerang Books Account Holder - it's free to sign up and there are great benefits!)

Raffi Cavoukian was born in Cairo, Egypt, in 1948 to Armenian parents. Music and literature were very much a part of Raffi's own childhood, leading to his interest in learning the guitar as a teenager. In 1970 he began his career as a performer in local music spots and later transitioned to performing music for children. As his career progressed, Raffi realized there wasn't quality recorded music for children. He then recorded and released Singable Songs for the Very Young. After its success, he recognized his fun songs could be adapted into books to help children read. Favorite songs were then printed in booklets, which were illustrated by the children themselves or by older students--as a result, the children had instant books that they could use at their own level of proficiency. This led to the publication of Down by the Bay and Shake My Sillies Out, followed by other titles in the Songs to Read series. In 1998, Raffi published his first book for adults--an autobiography detailing the story of his unique life and career, including his efforts to blend respect for both children and the natural world, in order to work toward a child-honoring society. Nadine Bernard Westcott has illustrated more than 100 books for young readers, including I Know an Old Lady Who Swallowed a Fly, Big Picnic, Down by the Bay, and Peanut Butter and Jelly, the latter of which she also wrote. Nadine lives in Nantucket, Massachusetts, and divides her time between illustrating and designing her own line of fabrics.