When Jonathan Harker visits the remote Transylvanian castle of Count Dracula, little does he know that he will become a captive of the undead! Stalked by inhuman creatures, in a tale dripping with chilling tension that spins us across Europe, Harker and his friends must try to resist falling prey to the ultimate horror, and lead a resistance that converges on a final and devastating battle for survival. A gripping Gothic tale from the majestic Bram Stoker, which led to the birth of a legend and stoked the fertile imagination of filmmakers, artists and novelists. Deluxe version with a new introduction, and the short story 'Dracula's Guest'. Flame Tree Collector's Editions present the foundations of speculative fiction, authors without whom the imaginative literature of the twentieth century would not exist, bringing the best and most influential writers into a striking and collectable library. Each book features a new introduction, a short biography and a glossary of Literary, Gothic and Victorian terms. AUTHOR: Abraham 'Bram' Stoker was born in Dublin in 1847. Often ill during his childhood, he spent much time in bed listening to his mother's grim stories, sparking his imagination. Stoker wrote several stories based on supernatural horror, such as the compelling The Lair of the White Worm, and the most well-known of all his works, the Gothic masterpiece Dracula. Hardback, Deluxe edition, foiled and embossed, with gilded edges 3 illustrations

Other Editions - Dracula, A Mystery Story by Bram Stoker 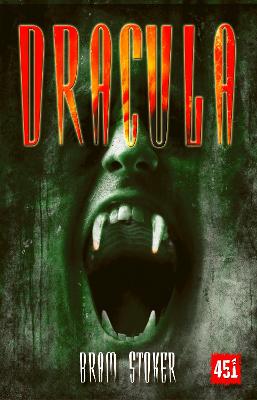 » Have you read this book? We'd like to know what you think about it - write a review about Dracula, A Mystery Story book by Bram Stoker and you'll earn 50c in Boomerang Bucks loyalty dollars (you must be a Boomerang Books Account Holder - it's free to sign up and there are great benefits!)