"The action never stops in Dragonsight. Countess Jelindel dek Mediesar, Daretor and Zimak are sent on a desperate quest to recover a stolen jade talisman called the dragonsight. With a slow-acting poison ticking through their veins, they have only six weeks to find the talisman and take the antidote. There's magic and mayhem aplenty as they're hunted through the paraworlds, before the final violent confrontation at the Tower Inviolate. And then in sight of their goal, the ultimate treachery. A terrific page-turned, crammed full of action, intrigue and lashings of magic." (Ian Irvine)

Other Editions - Dragonsight by Paul Collins 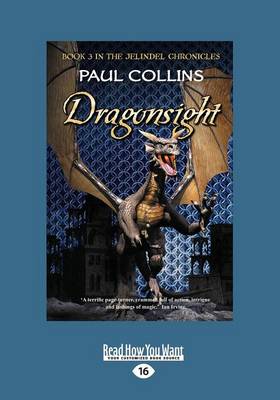 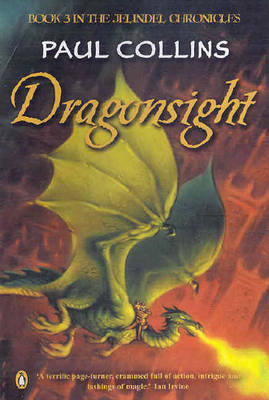 » Have you read this book? We'd like to know what you think about it - write a review about Dragonsight book by Paul Collins and you'll earn 50c in Boomerang Bucks loyalty dollars (you must be a Boomerang Books Account Holder - it's free to sign up and there are great benefits!)

Paul Collins has written many books for younger readers. He is best known for his fantasy and science fiction titles: The Jelindel Chronicles (Dragonlinks, Dragonfang and Dragonsight), and The Quentaris Chronicles (Swords of Quentaris, Slaves of Quentaris, Dragonlords of Quentaris, Princess of Shadows, The Forgotten Prince and The Spell of Undoing). His trade books published in America are The Earthborn, The Skyborn and The Hiveborn.