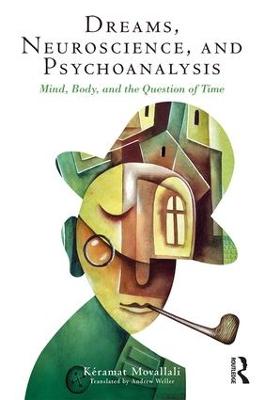 Mind, Body, and the Question of Time

Dreams, Neuroscience, and Psychoanalysis sets out to give a scientific consistency to the question of time and find out how time determines brain functioning. Neurological investigations into dreams and sleep since the mid-20th century have challenged our scientific conception of living beings. On this basis, Keramat Movallali reviews the foundations of modern neurophysiology in the light of other trends in this field that have been neglected by the cognitive sciences, trends that seem to be increasingly confirmed by recent research.

The author begins by giving a historical view of fundamental questions such as the nature of the living being according to discoveries in ethology as well as in other research, especially that which is based on the theory of the reflex. It becomes clear in the process that these findings are consistent with the question of time as it has been considered in some major contemporary philosophies. This is then extended to the domain of dreams and sleep, as phenomena that are said to be elucidated by the question of time.

The question is then raised: can dreaming be considered as a drive? Based on the Freudian discovery of the unconscious and Lacan's teachings, Movallali seeks to provide a better understanding of the drives in general and dreams in particular. He explores neuroscience in terms of its development as well as its discoveries in the function of dreaming as an altered mode of consciousness. The challenge of confronting psychoanalysis with neuroscience forces us to go beyond their division and opposition. Psychoanalysis cannot overlook what has now become a worldwide scientific approach. Neuroscience, just like the cognitive sciences, will be further advanced by acknowledging the desiring dimension of humanity, which is at the very heart of its being as essentially related to the question of time. It is precisely this dimension that is at the core of psychoanalytic practice.

Dreams, Neuroscience, and Psychoanalysis will appeal to psychoanalysts and psychoanalytic psychotherapists as well as neuroscientists, psychologists, ethologists, philosophers and advanced students studying across these fields.

Other Editions - Dreams, Neuroscience, and Psychoanalysis by Keramat Movallali 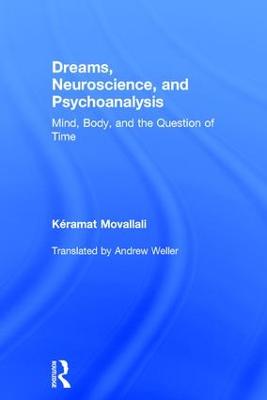 » Have you read this book? We'd like to know what you think about it - write a review about Dreams, Neuroscience, and Psychoanalysis book by Keramat Movallali and you'll earn 50c in Boomerang Bucks loyalty dollars (you must be a Boomerang Books Account Holder - it's free to sign up and there are great benefits!)

Keramat Movallali is a psychoanalyst treating adults in private practice in Paris, France. He also conducts psychoanalytic treatments for children and adolescents in public institutions.

A Preview for this title is currently not available.
More Books By Keramat Movallali
View All