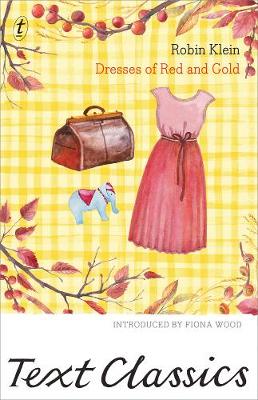 Dresses Of Red And Gold

Description - Dresses Of Red And Gold by Robin Klein

Introduced by Fiona Wood, this is the delightful second novel in the Melling Sisters Trilogy, following All in the Blue Unclouded Weather.

The Melling sisters and their mother are preparing for a wedding. Cathy is to be bridesmaid and her dress is a thing of awe and beauty, but not in Cathy's eyes - she hates the idea of being a bridesmaid. Vivienne would love to wear it, and perhaps she will.

Dresses of Red and Gold, the second book in the Melling Sisters Trilogy, is a warm and humorous story of four sisters - their rivalries and their loyalty and affection - growing up in an Australian country town in the 1940s.

Other Editions - Dresses Of Red And Gold by Robin Klein 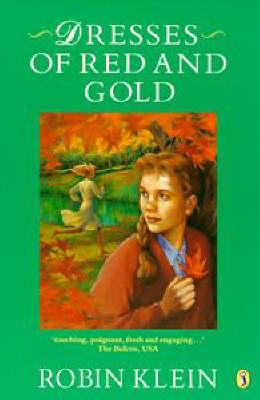 Book Reviews - Dresses Of Red And Gold by Robin Klein

» Have you read this book? We'd like to know what you think about it - write a review about Dresses Of Red And Gold book by Robin Klein and you'll earn 50c in Boomerang Bucks loyalty dollars (you must be a Boomerang Books Account Holder - it's free to sign up and there are great benefits!)

The Art of Kindness: Caring for ourselves, each other & our earth
Meredith Gaston
$20.99 $24.99
More Books By Robin Klein
View All