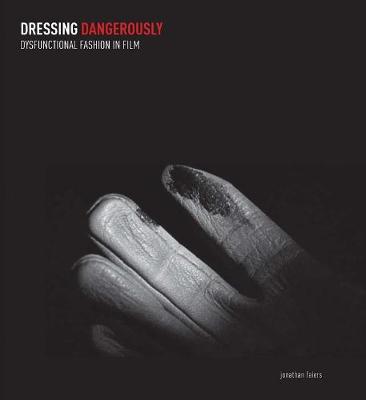 When Marlene Dietrich makes her entrance in Alfred Hitchcock's Stage Fright, the Dior dress she wears immediately draws the viewer's attention-not because of its designer label, but owing to the dramatic blood stains ruining its stylish surface. Fashion in film goes far beyond glamorous costumes on glamorous stars, as Jonathan Faiers proves in Dressing Dangerously, a pioneering study of the "cinematic negative wardrobe" revealed in mainstream movies. The book emphasizes how problematic, even shocking depictions of dress, until now largely overlooked, play pivotal roles in shaping film narrative.

Integrating fashion theory, film analysis, and literature, the insightful text investigates the ways cinema influences fashion and, conversely, how fashion speaks to film. The book also reveals how clothing, imbued with its own symbolic meaning, can be read much like a text; when used to provocative effect, for example, in films such as Villain,Leave Her to Heaven, and Casino, the stars' costumes as well as their actions elicit a complex set of emotional responses. Dressing Dangerously brings together a wealth of illustrations, from glossy publicity photos featuring immaculately dressed stars to film stills that capture "dangerously" fashionable moments.

» Have you read this book? We'd like to know what you think about it - write a review about Dressing Dangerously book by Jonathan Faiers and you'll earn 50c in Boomerang Bucks loyalty dollars (you must be a Boomerang Books Account Holder - it's free to sign up and there are great benefits!)

Jonathan Faiers is reader in fashion theory at Winchester School of Art, University of Southampton.

A Preview for this title is currently not available.
More Books By Jonathan Faiers
View All