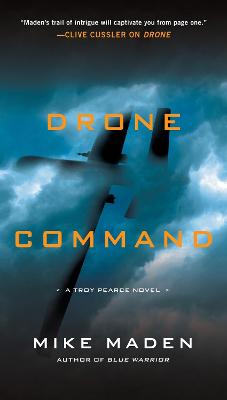 When China stakes a dubious claim in the hotly disputed waters of the East China Sea, the prime minister of Japan threatens to dispatch the country's naval assets and tear up its antiwar constitution unless the Americans forcefully intervene.

When China stakes a dubious claim in the hotly disputed waters of the East China Sea, the prime minister of Japan threatens to dispatch the country's naval assets and tear up its antiwar constitution unless the Americans forcefully intervene. The war-weary Americans are reluctant to confront the powerful Chinese navy directly, but if the Japanese provoke a military conflict with their historic enemy, treaty obligations would draw the United States into the fight.

In order to deescalate the first foreign policy crisis of his administration, U.S. president Lane dispatches Troy Pearce and his team to Tokyo to defuse the situation. What they find is a quagmire of hawkish politicians, nationalistic fervor, special interests with their own hidden agendas, and possibly the greatest military threat that America has ever faced. In this treacherous atmosphere it will require all of Pearce's cunning-and his team's technological prowess-to separate the truth from misdirection, and prevent the world from plunging into war. 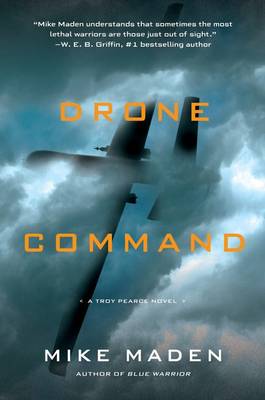 » Have you read this book? We'd like to know what you think about it - write a review about Drone Command book by Mike Maden and you'll earn 50c in Boomerang Bucks loyalty dollars (you must be a Boomerang Books Account Holder - it's free to sign up and there are great benefits!)

Mike Maden, author of Drone and Blue Warrior, holds both a master's and a Ph.D. in political science from the University of California-Davis, specializing in international relations and comparative politics. He has lectured and consulted on the topics of war and the Middle East, among others. He has served as a political consultant and campaign manager in state and national elections, and hosted his own local weekly radio show for a year. He has written a hit Web TV series and several screenplays that are in development.

A Preview for this title is currently not available.
More Books By Mike Maden
View All