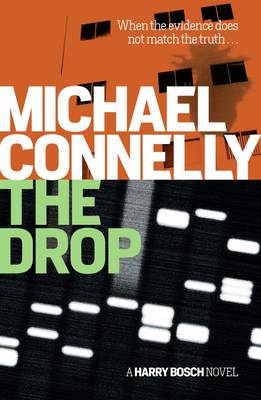 Description - The Drop by Michael Connelly

Harry Bosch is facing the end of the line. He's been put on the DROP - Deferred Retirement Option Plan - and given three years before his retirement is enforced. Seeing the end of the mission coming, he's anxious for cases. He doesn't have to wait long. First a cold case gets a DNA hit for a rape and murder which points the finger at a 29-year-old convicted rapist who was only eight at the time of the murder. Then a city councilman's son is found dead - fallen or pushed from a hotel window - and he insists on Bosch taking the case despite the two men's history of enmity. The cases are unrelated but they twist around each other like the double helix of a DNA strand. One leads to the discovery of a killer operating in the city for as many as three decades; the other to a deep political conspiracy that reached back into the dark history of the police department.

Other Editions - The Drop by Michael Connelly 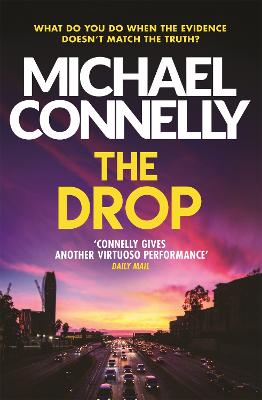 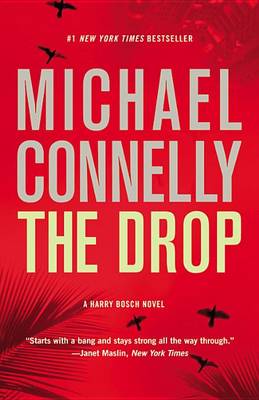 » Have you read this book? We'd like to know what you think about it - write a review about Drop book by Michael Connelly and you'll earn 50c in Boomerang Bucks loyalty dollars (you must be a Boomerang Books Account Holder - it's free to sign up and there are great benefits!)

Michael Connelly decided to become a writer after discovering the books of Raymond Chandler while attending the University of Florida. After graduating in 1980, Connelly worked at newspapers in Daytona Beach and Fort Lauderdale, Florida, primarily specializing in the crime beat. In 1986, he and two other reporters spent several months interviewing survivors of a major airline crash. They wrote a magazine story which was later short-listed for the Pulitzer Prize for feature writing. The magazine story also moved Connelly into the upper levels of journalism, landing him a job as a crime reporter for the Los Angeles Times,, and bringing him to the city of which his literary hero, Chandler, had written. After three years on the crime beat in L.A., Connelly began writing his first novel to feature LAPD Detective Hieronymus Bosch. The novel, The Black Echo, based in part on a true crime that had occurred in Los Angeles, was published in 1992 and won the Edgar Award for Best First Novel by the Mystery Writers of America. Connelly has followed WC that up with 26 more novels. His books have been translated into 31 languages and have won the Edgar, Anthony, Macavity, Shamus, Dilys, Nero, Barry, Audie, Ridley, Maltese Falcon (Japan), .38 Caliber (France),