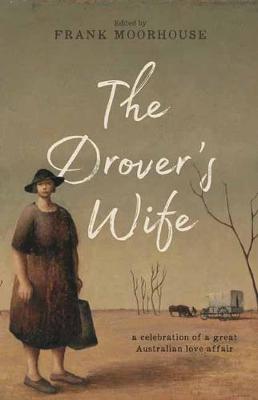 A celebration of a great Australian love affair, 'The Drover's Wife' in the Australian imagination- stories, performances and images.

Since Henry Lawson wrote his story 'The Drover's Wife' in 1892, Australian writers, painters, performers and photographers have created a wonderful tradition of drover's wife works, stories and images.

The Russell Drysdale painting from 1945 extended the mythology and it, too, has become an Australian icon.

Other versions of the Lawson story have been written by Murray Bail, Barbara Jefferis, Mandy Sayer, David Ireland, Madeleine Watts and others, up to the present, including Leah Purcell's play and Ryan O'Neill's graphic novel.

In essays and commentary, Frank Moorhouse examines our ongoing fascination with this story and has collected some of the best pieces of writing on the subject. This remarkable, gorgeous book is, he writes, 'a monument to the drovers' wives'.

» Have you read this book? We'd like to know what you think about it - write a review about Drover's Wife book by Frank Moorhouse and you'll earn 50c in Boomerang Bucks loyalty dollars (you must be a Boomerang Books Account Holder - it's free to sign up and there are great benefits!)

Frank Moorhouse was born in the coastal town of Nowra, NSW. He worked as an editor of small-town newspapers and as an administrator and tutor for the Workers' Educational Association, and in the 1970s became a full-time writer. He has written prize-winning fiction, non-fiction and essays. He is best known for the highly acclaimed Edith trilogy, Grand Days, Dark Palace and Cold Light, novels that follow the career of an Australian woman in the League of Nations in the 1920s and 1930s through to the International Atomic Energy Agency in the 1970s. Frank has been awarded a number of fellowships, including writer-in-residence at King's College, Cambridge, a Fulbright Fellowship and a fellowship at the Woodrow Wilson Center in Washington. His work has been translated into several languages. He was made a member of the Order of Australia for services to literature in 1985, and was made a Doctor of the University by Griffith University in 1997 and a Doctor of Letters (honoris causa) by the University of Sydney in 2015.