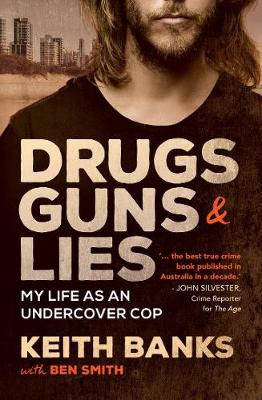 Drugs, Guns & Lies: My Life as an Undercover Cop

Description - Drugs, Guns & Lies: My Life as an Undercover Cop by Keith Banks

'Banks has told his story in a raw and honest autobiography. It is the best true crime book published in Australia in a decade.' -John Silvester, Crime Reporter for The Age

Undercover was like guerrilla warfare; to understand your enemy, you had to walk amongst them, to become them. The trick was to keep an eye on that important line between who you were and who you were pretending to be.

This is the true story of Keith Banks, one of Queensland's most decorated police officers, and his journey into the world of drugs as an undercover operative in the 1980s. In an era of corruption, often alone and with no backup, he and other undercover cops quickly learned to blend into the drug scene, smoking dope and drinking with targets, buying drugs and then having dealers arrested. Very quickly, the lines between his identity as a police officer and the life he pretended to be part of became blurred.

This is a raw and confronting story of undercover cops who all became casualties of that era, some more than others, when not everyone with a badge could be trusted.

Other Editions - Drugs, Guns & Lies: My Life as an Undercover Cop by Keith Banks 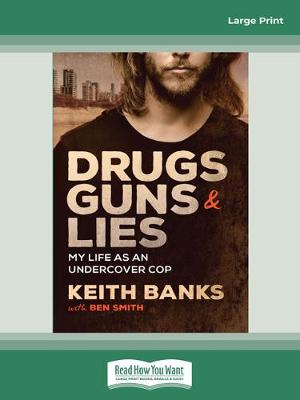 » Have you read this book? We'd like to know what you think about it - write a review about Drugs, Guns & Lies: My Life as an Undercover Cop book by Keith Banks and you'll earn 50c in Boomerang Bucks loyalty dollars (you must be a Boomerang Books Account Holder - it's free to sign up and there are great benefits!)