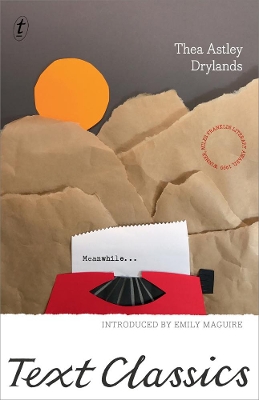 In the dying town of Drylands, Janet Deakin sells papers to lonely locals. At night, in her flat above the newsagency, she attempts to write a novel for a world in which no one reads - 'full of people, she envisaged, glaring at a screen that glared glassily back.' Drylands is the story of the townsfolk's harsh, violent lives. Trenchant and brilliant, Thea Astley's final novel is a dark portrait of outback Australia in decline.

Other Editions - Drylands by Thea Astley 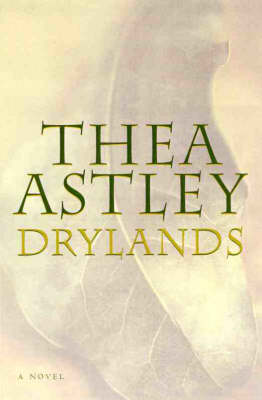 » Have you read this book? We'd like to know what you think about it - write a review about Drylands book by Thea Astley and you'll earn 50c in Boomerang Bucks loyalty dollars (you must be a Boomerang Books Account Holder - it's free to sign up and there are great benefits!)

Thea Beatrice May Astley was born in Brisbane in 1925. n 1958 Astley's first novel, Girl with a Monkey, was published. Over the next four decades she published a work of fiction every few years. Her novels and short stories are distinguished by vivid imagery and metaphor; a complex, ironic style; and a desire to highlight oppression and social injustice. Astley won the Miles Franklin Literary Award for The Well Dressed Explorer (1962), her third novel. Many notable books followed, among them the groundbreaking A Kindness Cup (1974), which addressed frontier massacres of Indigenous Australians, and It's Raining in Mango (1987). Astley won the 1989 Patrick White Award and became an Officer in the Order of Australia in 1992. Her last novel was Drylands (1999), her fourth Miles Franklin winner and first since 1972. A lifelong chain-smoker famed for her sharp wit, Thea Astley died in 2004. She remains one of the most distinctive and influential Australian novelists of the twentieth century.

A Preview for this title is currently not available.
More Books By Thea Astley
View All