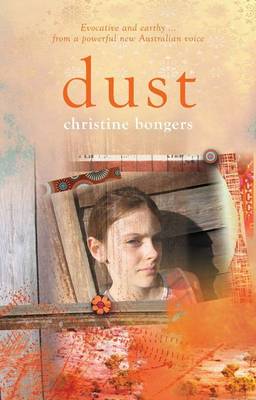 Evocative and earthy . . . from a powerful new Australian voice.

Twelve-year-old Cecilia Maria was named after saints and martyrs to give her something to live up to. Over my dead body, she vows.

In the blinding heat of 1970s Queensland, she battles six brothers on her side of the fence, and the despised Kapernicky girls, lurking on the other side of the barbed wire. Secrets are buried deep, only to surface decades later when Cecilia drags her own reluctant teenagers back home to dance on a grave and track down some ghosts.

Warm but tough-minded, Dust glitters with a rare and subtle wit, illuminating the shadows that hang over from childhood and finding beauty in unexpected places.

» Have you read this book? We'd like to know what you think about it - write a review about Dust book by Christine Bongers and you'll earn 50c in Boomerang Bucks loyalty dollars (you must be a Boomerang Books Account Holder - it's free to sign up and there are great benefits!)