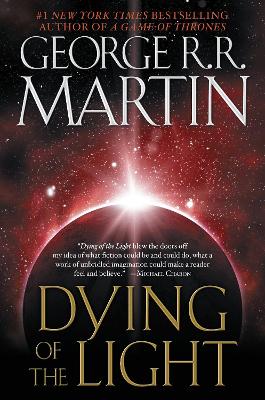 Dying Of The Light

Description - Dying Of The Light by George R. R. Martin

In this unforgettable space opera, #1 New York Times bestselling author George R. R. Martin presents a chilling vision of eternal night-a volatile world where cultures clash, codes of honor do not exist, and the hunter and the hunted are often interchangeable.

A whisperjewel has summoned Dirk t'Larien to Worlorn, and a love he thinks he lost. But Worlorn isn't the world Dirk imagined, and Gwen Delvano is no longer the woman he once knew. She is bound to another man, and to a dying planet that is trapped in twilight. Gwen needs Dirk's protection, and he will do anything to keep her safe, even if it means challenging the barbaric man who has claimed her. But an impenetrable veil of secrecy surrounds them all, and it's becoming impossible for Dirk to distinguish between his allies and his enemies. In this dangerous triangle, one is hurtling toward escape, another toward revenge, and the last toward a brutal, untimely demise.

Praise for Dying of the Light

"Dying of the Light blew the doors off of my idea of what fiction could be and could do, what a work of unbridled imagination could make a reader feel and believe."-Michael Chabon

"Something special which will keep Worlorn and its people in the reader's mind long after the final page is read."-Galileo magazine

"The galactic background is excellent. . . . Martin knows how to hold the reader."-Asimov's

"George R. R. Martin has the voice of a poet and a mind like a steel trap."-Algis Budrys


Other Editions - Dying Of The Light by George R. R. Martin 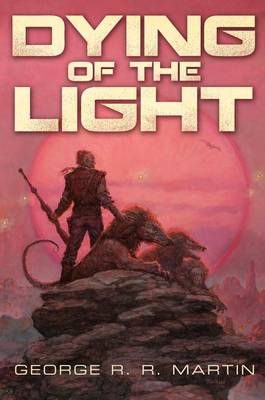 » Have you read this book? We'd like to know what you think about it - write a review about Dying Of The Light book by George R. R. Martin and you'll earn 50c in Boomerang Bucks loyalty dollars (you must be a Boomerang Books Account Holder - it's free to sign up and there are great benefits!)

A Preview for this title is currently not available.
More Books By George R. R. Martin
View All