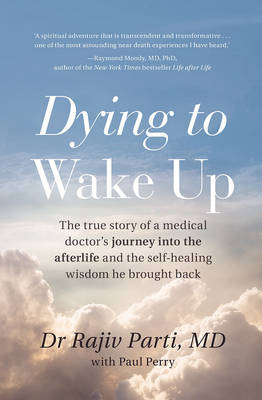 Dying to Wake Up

Description - Dying to Wake Up by Rajiv Parti

Before his near-death experience, Dr Rajiv Parti was a wealthy man of science with a successful career as the Chief of Anaesthesiology at the Bakersfield Heart Hospital in California. All in all, Dr Parti was the last man to believe in heaven or hell - that is, until he saw them with his own eyes.

When Dr Parti has his near-death experience on the operating table, he first watched his own operation from the ceiling - even recalling a joke told by his doctors during his surgery. He was greeted by archangels and his dead father who led him through the tortures of hell. He reviewed the struggles of his previous lives which, in many ways, reflected those he still faced in the present. Finally he experienced heaven. From the angels, he learned lessons of spiritual health that they insisted he bring down to earth.

After his near-death experience, Dr Parti awoke a new man. He gave away his mansion, quit his career, opened a wellness clinic, and completely turned around his relationship with his family. In this remarkable true story of spiritual transformation, Dr Parti provides rare details of heaven, hell, the afterlife and angels. In sharing the lessons and eternal truths from the Divine that changed him forever, Dr Parti offers his readers the opportunity to attain peace and live a better life here on earth.


Other Editions - Dying to Wake Up by Rajiv Parti 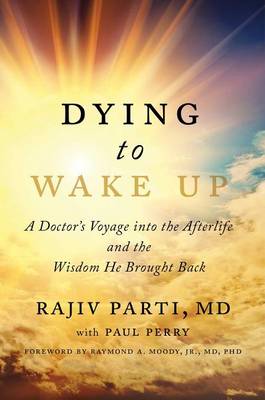 Book Reviews - Dying to Wake Up by Rajiv Parti

» Have you read this book? We'd like to know what you think about it - write a review about Dying to Wake Up book by Rajiv Parti and you'll earn 50c in Boomerang Bucks loyalty dollars (you must be a Boomerang Books Account Holder - it's free to sign up and there are great benefits!)

Dr Rajiv Parti is a world-renowned specialist in pain management with over thirty years as a cardiac anaesthetist. He held the position of Chief of Anaesthesiology at Bakersfield Heart Hospital in California for more than a decade.

A Preview for this title is currently not available.
More Books By Rajiv Parti
View All