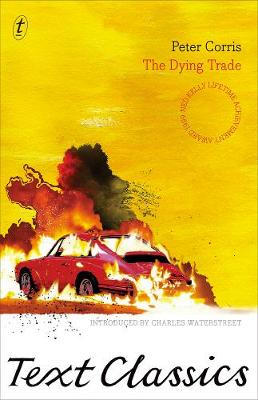 Introduced by Charles Waterstreet Winner, Ned Kelly Lifetime Achievement Award 1999 The villain was in custody as they say, but villains were coming out of the woodwork and the past was sending out tentacles which were winding around the necks of people living and dying in the present. It's a dying trade I'm in. Meet Cliff Hardy. Smoker, drinker, ex-boxer. And private investigator. When the wealthy Bryn Gutteridge hires Hardy to help his sister, it looks as if blackmail is the problem. Until the case becomes more brutal, twisted and shocking than even Hardy could have guessed. www.textclassics.com.au

Other Editions - The Dying Trade by Peter Corris 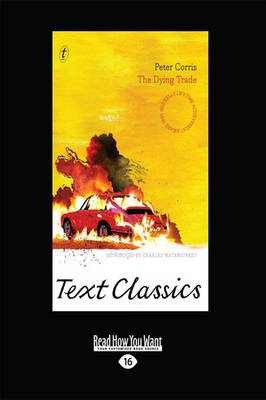 » Have you read this book? We'd like to know what you think about it - write a review about Dying Trade book by Peter Corris and you'll earn 50c in Boomerang Bucks loyalty dollars (you must be a Boomerang Books Account Holder - it's free to sign up and there are great benefits!)

Peter Corris was born in Victoria in 1942, and did his undergraduate degree at the University of Melbourne. He took a doctorate in history from the ANU, but in the mid 1970s he left academia for journalism. From 1980 to 1981 he was literary editor of the National Times. Corris's first Cliff Hardy novel The Dying Trade was published in 1980. It not only introduced a sleuth who was to become an enduring legend, but it was also a long love letter to the seamy side of Sydney itself. Over more than three decades Corris has now written thirty-eight Cliff Hardy books, and the city of Sydney is as significant a presence in the books as the figure of Hardy. The third in the series, The Empty Beach, was in 1985 made into a film starring Bryan Brown. In 1999 Corris was presented with a Ned Kelly Lifetime Achievement Award. Peter Corris is the author of more than sixty titles in all. He has written both historical fiction and other crime series. He has also worked extensively in non-fiction, including an as-told-to autobiography of the Australian eye surgeon Fred Hollows, and books on sport and history. He lives in New South Wales with his family.

A Preview for this title is currently not available.
More Books By Peter Corris
View All