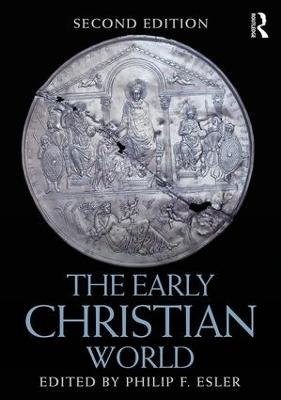 Since its publication in 2000, The Early Christian World has come to be regarded by scholars, students and the general reader as one of the most informative and accessible works in English on the origins, development, character and major figures of early Christianity. In this new edition, the strengths of the first edition are retained. These include the book's attractive architecture that initially takes a reader through the context and historical development of early Christianity; the essays in critical areas such as community formation, everyday experience, the intellectual and artistic heritage, and external and internal challenges; and the profiles on the most influential early Christian figures. The book also preserves its strong stress on the social reality of early Christianity and continues its distinctive use of hundreds of illustrations and maps to bring that world to life. Yet the years that have passed since the first edition was published have seen great advances made in our understanding of early Christianity in its world. This new edition fully reflects these developments and provides the reader with authoritative, lively and up-to-date access to the early Christian world. A quarter of the text is entirely new and the remaining essays have all been carefully revised and updated by their authors. Some of the new material relates to Christian culture (including book culture, canonical and non-canonical scriptures, saints and hagiography, and translation across cultures). But there are also new essays on: Jewish and Christian interaction in the early centuries; ritual; the New Testament in Roman Britain; Manichaeism; Pachomius the Great and Gregory of Nyssa. This new edition will serve its readers for many years to come.

» Have you read this book? We'd like to know what you think about it - write a review about Early Christian World book by Philip F. Esler and you'll earn 50c in Boomerang Bucks loyalty dollars (you must be a Boomerang Books Account Holder - it's free to sign up and there are great benefits!)

Philip F. Esler is the Portland Chair in New Testament Studies and Director of the International Centre for Biblical Interpretation in the University of Gloucestershire, Cheltenham, UK. His previous positions include Chief Executive of the Arts and Humanities Research Council (2005-2009) and Principal of St Mary's University College, Twickenham, London (2010-2013). His research focus lies primarily in the social-scientific of biblical and extra-biblical texts and ancient legal papyri, and he also writes on the Bible and the visual arts and on New Testament theology. His latest monograph is Babatha's Orchard: The Yadin Papyri and An Ancient Jewish Family Tale Retold (2017) and before that he published Sex, Wives and Warriors: Reading the Old Testament With Its Ancient Audience (2011).

A Preview for this title is currently not available.
More Books By Philip F. Esler
View All