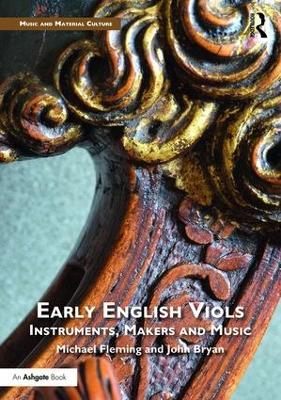 Winner of the Nicholas Bessaraboff Prize

Musical repertory of great importance and quality was performed on viols in sixteenth- and early seventeenth-century England. This is reported by Thomas Mace (1676) who says that 'Your Best Provision' for playing such music is a chest of old English viols, and he names five early English viol makers than which 'there are no Better in the World'. Enlightened scholars and performers (both professional and amateur) who aim to understand and play this music require reliable historical information and need suitable viols, but so little is known about the instruments and their makers that we cannot specify appropriate instruments with much precision. Our ignorance cannot be remedied exclusively by the scrutiny or use of surviving antique viols because they are extremely rare, they are not accessible to performers and the information they embody is crucially compromised by degradation and alteration. Drawing on a wide variety of evidence including the surviving instruments, music composed for those instruments, and the documentary evidence surrounding the trade of instrument making, Fleming and Bryan draw significant conclusions about the changing nature and varieties of viol in early modern England. 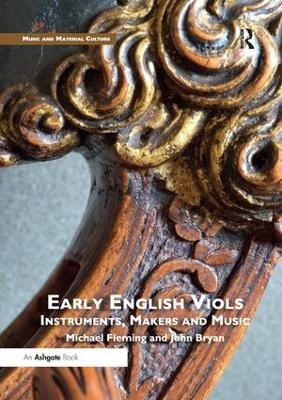 » Have you read this book? We'd like to know what you think about it - write a review about Early English Viols: Instruments, Makers and Music book by Michael Fleming and you'll earn 50c in Boomerang Bucks loyalty dollars (you must be a Boomerang Books Account Holder - it's free to sign up and there are great benefits!)

Michael Fleming, after graduating from the Queen's College, Oxford, worked for Robert Goble & Son for five years, making early keyboard instruments. Since 1982 he has worked as an independent musical instrument maker, specializing in viols and bows. In 1986 he was joint recipient of the Best Maker prize at the Crafts Council Open Exhibition, London. Fleming was a member of an Expert Group drafting the Museums and Galleries Commission guidance: Standards in the Museum Care of Musical Instruments (published 1995). Since 2004 he has worked onÃ£ The Galpin Society Journal (international journal of organological research), including five years as editor. He has contributed to standard reference works such as Grove and ODNB, and published articles in Early Music, The Galpin Society Journal, The Viola da Gamba Society Journal and elsewhere. John Bryan is Head of Music at the University of Huddersfield, where he was awarded a higher doctorate for his practice-based research in 2015. Following study at the University of York, he has developed a career that encompasses performance, research and teaching in equal measure. His research has been published in articles for Early Music and The Journal of Musicology, and a book chapter for Ashgate. He has taught early music at the Universities of York, Leeds and Hull, founded the North East Early Music Forum and coached viol consort performance at Dartington International Summer School. As a performer, he has worked with many leading ensembles since the 1970s, including the Rose Consort of Viols, Musica Antiqua of London, I Fagiolini and the Consort of Musicke, with whom he has made some 40 CDs, given many radio recordings, and appeared at international festivals in USA, Canada and throughout Europe. His performance focus is on music for viols, but he also plays Renaissance woodwind and harpsichord, and regularly directs and conducts early music performances. He has contributed to a range of programmes on BBC Radios 3 and 4, and is an Artistic Adviser to York Early Music Festival, which he helped to found.

A Preview for this title is currently not available.
More Books By Michael Fleming
View All