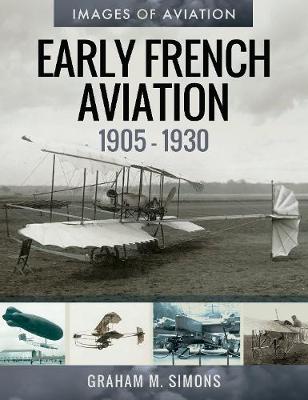 France has been called the cradle of aviation by many - a fact that cannot be disputed, although some have tried. By the end of the 19th century, she led the world in lighter-than-air flight. Any concern about heavier-than-air flight was dismissed as inevitable, and France would achieve it in due course. By the time Bl riot bravely enquired Which way is England?' the country was ready to redress any perceived shortfall. Besides leading European aviation, France was the nation that named all the parts of an aeroplane with words many of which we still use everywhere today. France was also the first nation to stage air exhibitions. Unlike their counterparts in Britain, Germany and America, French designers were thoroughly entrepreneurial and tried a wide variety of adventurous styles from pusher to canard and monoplane to multiplane. In 1909 the first Air Show was held at the Grand Palais. The Exposition Internationale de locomotion a rienne' ushered in what was to become an enduring tradition. Every year, the aircraft exhibitions were a massive success. The interior design by Andr Granet, who since his youth had been fascinated by flying, was such a success that the Automobile-Club subsequently commissioned Granet to do the same for the car shows. It is not surprising that all this derring-do, all these technological achievements and all this innovation drew reporters and photographers like moths to a flame. The men, the machines, the places and the events all were recorded, reported, reproduced and then were filed away. Hundreds of images appeared in print, but thousands were printed up only as contact prints from large-format glass negatives and then disappeared into albums to be forgotten about. In the mid-1990s the author came across one such treasure-trove; a number of dust-covered albums containing around five hundred images of aircraft, airships and expositions - it is doubtful if most have appeared in print before, so this will probably be the first time the events of these French pioneers have ever been showcased. AUTHOR: Graham M. Simons was one of the founders of the world-famous aviation museum at Duxford near Cambridge where his interest was piqued watching the making of the film "Battle of Britain" there in the late 1960s. From this, and with an engineering background, he progressed to membership of a number of aviation societies, including sitting on the British Aviation Preservation Council, eventually taking the position of Engineering Director with one group. There he was responsible for overseeing the restoration of a de Havilland DH89 Dragon Rapide airliner to flying condition and placing this aircraft - with official approval - in the colours and markings of the first aircraft of what was then the King's Flight. Graham combines his love of writing with his skills in production to create and publish aviation histories focused on a variety of subjects. 100 b/w illustrations

» Have you read this book? We'd like to know what you think about it - write a review about Early French Aviation, 1905-1930 book by Simons, Graham M and you'll earn 50c in Boomerang Bucks loyalty dollars (you must be a Boomerang Books Account Holder - it's free to sign up and there are great benefits!)


A Preview for this title is currently not available.
More Books By Simons, Graham M
View All

The Secret US Plan to Overthrow the British Empire: War Plan Red
No Stock on Hand, Supplier Has No Due Date for Supply.
$67.50 $75.00

The British Overseas Airways Corporation: A History
No Stock on Hand, Supplier Has No Due Date for Supply.
$81.00 $90.00

Britannia Airways: The World's Largest Holiday Airline
No Stock on Hand, Supplier Has No Due Date for Supply.
$67.50 $75.00