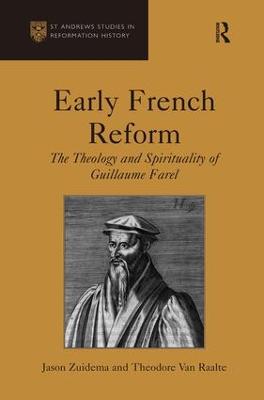 The Theology and Spirituality of Guillaume Farel

Reminding us that the Genevan Reformation does not begin and end with John Calvin, this book provides an introduction to Guillaume Farel (1489-1565), one of several important yet often overlooked French-speaking reformers. Born in 1489 near Gap, France, Farel was an important first-generation French-speaking Reformer and one of the most influential early leaders of the Reform movement in what is now French-speaking Switzerland. Educated in Paris, he slowly began to question Catholic orthodoxy, and by the 1520s was an active protestant preacher, resulting in his exile to Switzerland. Part of Farel's aggressive work in this area brought him to Geneva several times, where in 1535 and 1536 he secured votes in favour of the Reform, and later in 1536 persuaded the young theologian John Calvin to stay. Farel also penned Geneva's confession of faith of that year and their ecclesiastical articles of the next. As such, this volume underlines the fact that Calvin entered the reform movement in Geneva in a situation in which Farel had been already deeply involved. To better understand that situation, the book is divided into two parts. The first provides a rich and nuanced portrait of Farel's early thought by way of interpretive essays; the second section offers translations of a number of Farel's key texts. These translations include some of the first widely-accessible full-length translations of Farel's work into English. Offering both a scholarly overview of Farel and his life, and access to his own words, this book demonstrates the importance of Farel to the Reformation. It will be welcomed not only by scholars engaged in research on French reform movements, but also by students of history, theology, or literature wishing to read some of the earliest theological texts originally written in French.

» Have you read this book? We'd like to know what you think about it - write a review about Early French Reform book by Jason Zuidema and you'll earn 50c in Boomerang Bucks loyalty dollars (you must be a Boomerang Books Account Holder - it's free to sign up and there are great benefits!)

Jason Zuidema is Lecturer in Theological Studies at the Faculty of Arts and Sciences at Concordia University, Canada. Theodore Van Raalte is a Ph.D. student at Calvin Theological Seminary, Michigan, USA.

A Preview for this title is currently not available.
More Books By Jason Zuidema
View All