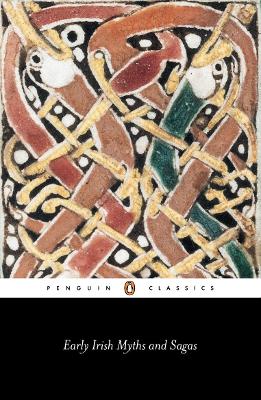 These early Irish stories, probably first written down around the eighth century A.D., represent the oral tradition of the Iron Age Celts who flourished in Europe during the seven centuries before Christ. Building the economic, social and artistic foundations of the continent as they did, their myths and tales can be said to be the earliest voices from the dawn of Western civilisation. Later, with the growth of the Roman and Viking empires, their influence died except in Ireland. There, less exposed to new traditions, their original culture is preserved in these stories. Written in beautiful, elusive language, the main tension is between reality and fantasy, and the themes foreshadow those which preoccupied Yeats, Synge and Joyce. Throughout, the energy and pride of reality is allied powerfully with the magic of fantasy, creating a world where men mingle freely with the gods and where the afterworld is an extension of this heroic, romantic and idealistic picture.

» Have you read this book? We'd like to know what you think about it - write a review about Early Irish Myths and Sagas book by Jeffrey Gantz and you'll earn 50c in Boomerang Bucks loyalty dollars (you must be a Boomerang Books Account Holder - it's free to sign up and there are great benefits!)


A Preview for this title is currently not available.
More Books By Jeffrey Gantz
View All