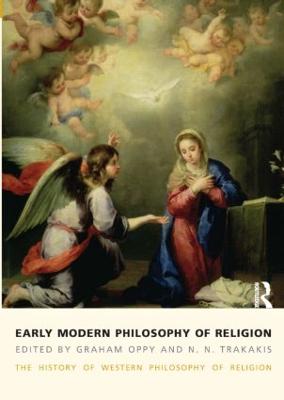 The History of Western Philosophy of Religion Volume 3

The early modern period in philosophy - encompassing the 16th to the 18th centuries - reflects a time of social and intellectual turmoil. The Protestant Reformation, the Catholic Counter-Reformation, and the birth of the Enlightenment all contributed to the re-evaluation of reason and faith. The revolution in science and in natural philosophy swept away two millennia of Aristotelian certainty in a human-centred universe. Covering some of the most important figures in the history of Western thought - notably Descartes, Locke, Hume and Kant - "Early Modern Philosophy of Religion" charts the philosophical understanding of religion at a time of intellectual and spiritual revolution. "Early Modern Philosophy of Religion" will be of interest to historians and philosophers of religion, while also serving as an indispensable reference for teachers, students and others who would like to learn more about this formative period in the history of ideas.

Other Editions - Early Modern Philosophy of Religion by Graham Oppy 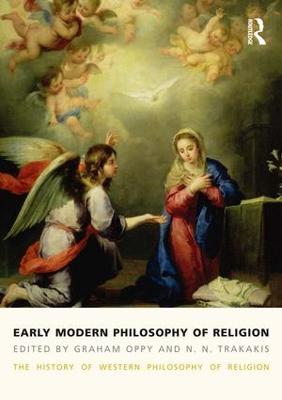 » Have you read this book? We'd like to know what you think about it - write a review about Early Modern Philosophy of Religion book by Graham Oppy and you'll earn 50c in Boomerang Bucks loyalty dollars (you must be a Boomerang Books Account Holder - it's free to sign up and there are great benefits!)

Graham Oppy is a Professor of Philosophy and Head of the School of Philosophical, Historical and International Studies (SOPHIS) at Monash University, Australia. N. N. Trakakis is a Research Fellow in Philosophy, and Assistant Director of the Centre for the Philosophy and Phenomenology of Religion, at the Australian Catholic University.

A Preview for this title is currently not available.
More Books By Graham Oppy
View All

The Routledge Handbook of Contemporary Philosophy of Religion
$415.80 $420.00