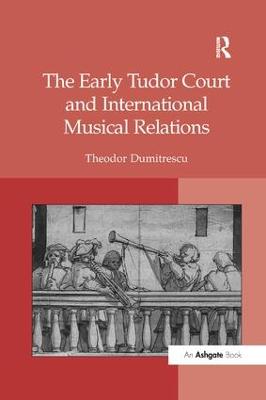 Since the days in the early twentieth century when the study of pre-Reformation English music first became a serious endeavour, a conceptual gap has separated the scholarship on English and continental music of the late fifteenth and early sixteenth centuries. The teaching which has informed generations of students in influential textbooks and articles characterizes the musical life of England at this period through a language of separation and conservatism, asserting that English musicians were largely unaware of, and unaffected by, foreign practices after the mid-fifteenth century. The available historical evidence, nevertheless, contradicts a facile isolationist exposition of musical practice in early Tudor England. The increasing appearance of typically continental stylistic traits in mid-sixteenth-century English music represents not an arbitrary and unexpected shift of compositional approach, but rather a development prefaced by decades of documentable historical interactions. Theodor Dumitrescu treats the matter of musical relations between England and continental Europe during the first decades of the Tudor reign (c.1485-1530), by exploring a variety of historical, social, biographical, repertorial and intellectual links. In the first major study devoted to this topic, a wealth of documentary references scattered in primary and secondary sources receives a long-awaited collation and investigation, revealing the central role of the first Tudor monarchs in internationalizing the royal musical establishment and setting an example of considerable import for more widespread English artistic developments. By bringing together the evidence concerning Anglo-continental musical relations for the first time, along with new documents and interpretations concerning musicians, music manuscripts and theory sources, the investigation paves the way for a new evaluation of English musical styles in the first half of the sixteenth century. 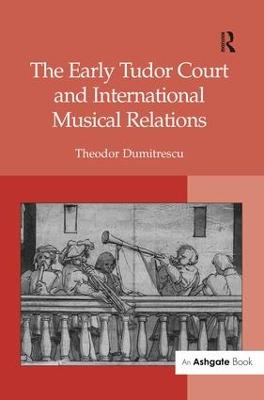 » Have you read this book? We'd like to know what you think about it - write a review about Early Tudor Court and International Musical Relations book by Theodor Dumitrescu and you'll earn 50c in Boomerang Bucks loyalty dollars (you must be a Boomerang Books Account Holder - it's free to sign up and there are great benefits!)

Theodor Dumitrescu received his doctorate in musicology at the University of Oxford in 2004 with a thesis on Anglo-Continental Musical Relations, c. 1485-1530. After holding a research fellowship at the Centre d'Ã¯Â¿Â½0/00tudes SupÃ¯Â¿Â½rieures de la Renaissance (Tours), he was appointed researcher in musicology at Utrecht University in the Netherlands in 2006, where he directs the CMME Project for electronic publication of early music editions. His research interests cover many aspects of analysis, theory, and history in European music of the fifteenth and sixteenth centuries.

A Preview for this title is currently not available.
More Books By Theodor Dumitrescu
View All