As a boy, Robert D. Kaplan listened to his truck-driver father tell evocative stories about traveling across America in his youth, travels in which he learned to understand the country literally from the ground up. There was a specific phrase from Kaplan's childhood that captured this perspective- A westward traveler must "earn the Rockies" by driving-not flying-across the flat Midwest and Great Plains.

In Earning the Rockies, Kaplan undertakes his own cross-country journey to recapture an appreciation of American geography often lost in the jet age. Traveling west, in the same direction as the pioneers, Kaplan traverses a rich and varied landscape that remains the primary source of American power. Along the way, he witnesses both prosperity and decline-increasingly cosmopolitan cities that thrive on globalization, impoverished towns denuded by the loss of manufacturing-and paints a bracingly clear picture of America today.

The history of westward expansion is examined here in a new light-as a story not just of genocide and individualism, but also of communalism and a respect for the limits of a water-starved terrain, a frontier experience that bent our national character toward pragmatism. Kaplan shows how the great midcentury works of geography and geopolitics by Bernard DeVoto, Walter Prescott Webb, and Wallace Stegner are more relevant today than ever before. Concluding his journey at Naval Base San Diego, Kaplan looks out across the Pacific Ocean to the next frontier- China, India, and the emerging nations of Asia. And in the final chapter, he provides a gripping description of an anarchic world and explains why America's foreign policy response ought to be rooted in its own geographical situation.

In this short, intense meditation on the American landscape, Robert D. Kaplan reminds us of an overlooked source of American strength- the fact that we are a nation, empire, and continent all at once. Earning the Rockies is an urgent reminder of how a nation's geography still foreshadows its future, and how we must reexamine our own landscape in order to confront the challenges that lie before us.

Praise for Earning the Rockies

"A text both evocative and provocative for readers who like tothink. . .In his final sections, Kaplan discusses in scholarly but accessible detail the significant role that America has played and must play in this shuddering world."-Kirkus Reviews

"Earning the Rockiesis a brilliant reminder of the impact of America's geography on its strategy. An essential complement to his previous work on the subject of geostrategy, Kaplan's latest contribution should be required reading."-Henry A. Kissinger

"Robert D. Kaplan uses America's unique geography and frontier experience to provide a lens-changing vision of America's role in the world, one that will capture your imagination. Unflinchingly honest, this refreshing approach shows how ideas from outside Washington, D.C., will balance America's idealism and pragmatism in dealing with a changed world. A jewel of a book,Earning the Rockieslights the path ahead."-General (Ret.) James Mattis

Other Editions - Earning The Rockies by Robert D. Kaplan 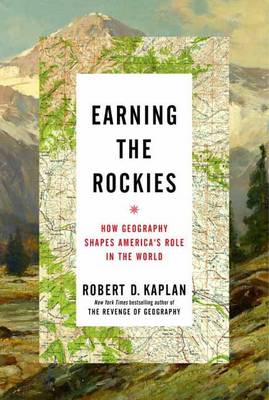 » Have you read this book? We'd like to know what you think about it - write a review about Earning The Rockies book by Robert D. Kaplan and you'll earn 50c in Boomerang Bucks loyalty dollars (you must be a Boomerang Books Account Holder - it's free to sign up and there are great benefits!)

Robert D. Kaplan is the bestselling author of seventeen books on foreign affairs and travel translated into many languages, including Earning the Rockies, In Europe's Shadow, Asia's Cauldron, The Revenge of Geography, Monsoon, The Coming Anarchy, and Balkan Ghosts. He is a senior fellow at the Center for a New American Security and a senior advisor at Eurasia Group. For three decades his workaappeared in The Atlantic. He held the national security chair at the United States Naval Academy and was a member of the Pentagon's Defense Policy Board. Foreign Policy magazine twice named him one of the world's Top 100 Global Thinkers. 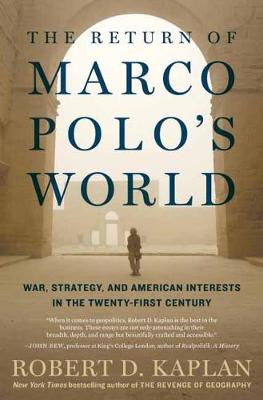 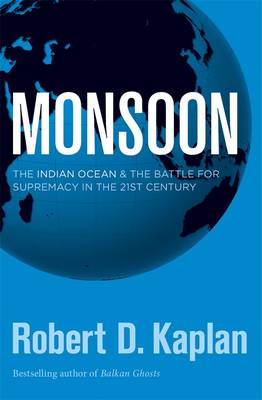