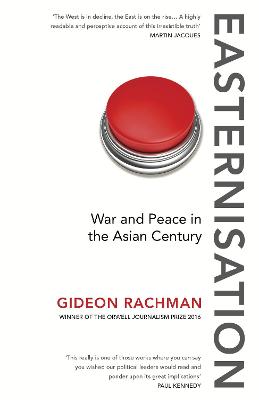 War and Peace in the Asian Century

The West's domination of world politics is coming to a close. The flow of wealth and power is turning from West to East and a new era of global instability has begun.

'A masterly account...the best survey of global affairs I have read for some time' Sunday Times

WITH A NEW PREFACE BY THE AUTHOR

The West's domination of world politics is coming to a close. The flow of wealth and power is turning from West to East and a new era of global instability has begun.

Easternisation is the defining trend of our age - the growing wealth of Asian nations is transforming the international balance of power. This shift to the East is shaping the lives of people all over the world, the fate of nations and the great questions of war and peace.

A troubled but rising China is now challenging America's supremacy, and the ambitions of other Asian powers - including Japan, North Korea, India and Pakistan - have the potential to shake the whole world. Meanwhile the West is struggling with economic malaise and political populism, the Arab world is in turmoil and Russia longs to reclaim its status as a great power.

We are at a turning point in history- but Easternisation has many decades to run. Gideon Rachman offers a road map to the turbulent process that will define the international politics of the twenty-first century.

Other Editions - Easternisation by Gideon Rachman 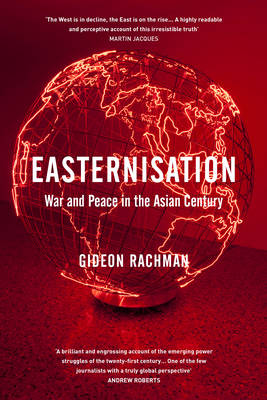 » Have you read this book? We'd like to know what you think about it - write a review about Easternisation book by Gideon Rachman and you'll earn 50c in Boomerang Bucks loyalty dollars (you must be a Boomerang Books Account Holder - it's free to sign up and there are great benefits!)

Gideon Rachman is the chief foreign affairs columnist for the Financial Times. In 2016 he won the Orwell Prize for Journalism and was named Commentator of the Year at the European Press Prize awards. Previously he worked for The Economist for fifteen years, serving as a foreign correspondent in Washington, Bangkok and Brussels.

A Preview for this title is currently not available.
More Books By Gideon Rachman
View All

The Age of The Strongman: How the Cult of the Leader Threatens Democracy around the World
$28.00 $35.00