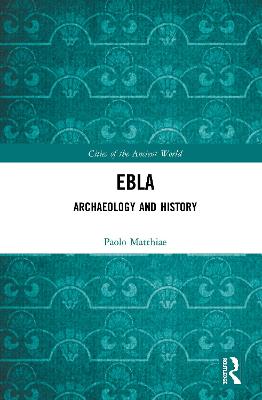 The City of the Throne: Archaeology and History

In Ebla , Paolo Matthiae presents the results of 47 years of excavations at this fascinating site, providing a detailed account of Ebla's history and archaeology.

Ebla grew from a small Early Bronze Age settlement into an important trading and political centre, which endured until its final destruction in c. 1600 BC . The destruction of its royal palace c. 2300 BC was particularly significant as it preserved the city's rich archives, offering a wealth of information on its history, economy, religion, administration, and daily life. The discovery of Ebla is a pivotal moment in the history of archaeological investigations of the twentieth century, and this book is the result of all the excavation campaigns at Tell Mardikh- Ebla from 1964 until 2010, when field operations stopped due to the war in Syria.

Available for the first time in English, Ebla offers a complete account of one of the largest pre-classical urban centres by its discoverer, making it an essential resource for students of Ancient Near Eastern archaeology and history.

Other Editions - Ebla by Paolo Matthiae 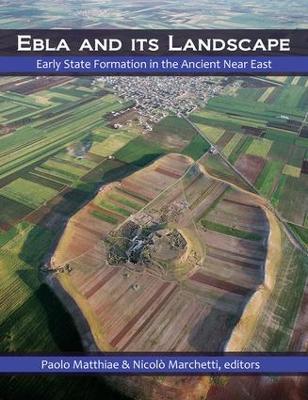 » Have you read this book? We'd like to know what you think about it - write a review about Ebla book by Paolo Matthiae and you'll earn 50c in Boomerang Bucks loyalty dollars (you must be a Boomerang Books Account Holder - it's free to sign up and there are great benefits!)

Paolo Matthiae is Emeritus Professor of Archaeology and Art History of the Ancient Near East in Sapienza University of Rome, and Fellow of the Accademia dei Lincei (Rome), Academie des Inscriptions et Belles-Lettres (Paris), Akademie der Wissenschaften (Wien), Royal Swedish Academy (Stockholm) and Deutsches Archaologisches Institut (Berlin). From its discovery at Tell Mardikh in 1964 to the suspension of work in 2010, he was Director of the excavations at Ebla in northern Syria.

A Preview for this title is currently not available.
More Books By Paolo Matthiae
View All