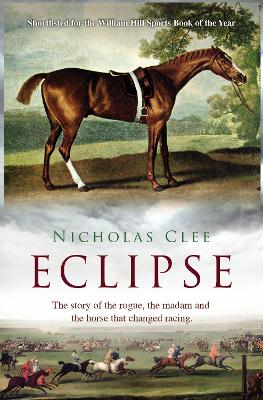 Epsom Downs, 3rd May, 1769- a chestnut with a white blaze scorches across the turf towards the finishing post. His four rivals are so far behind him that, in racing terms, they are 'nowhere'. Awestruck, his spectators know they are in the presence of greatness.Among the crowd are two men who, according to the tradition of the Sport of Kings, should not be associated with the horse who will become its greatest exponent. One, Eclipse's owner, is a meat salesman. The second, who wants to own Eclipse, is an adventurer who has made his money through roguery and gambling. He is also the companion of the madam of one of London's most notorious brothels.While this man will remain an outcast to the racing establishment, Eclipse will go on to become the undisputed, undefeated champion of his sport. He will found dynasties that will dominate the bloodstock market - not only in Britain, but in every other country where Thoroughbreds race. His influence will be such that ninety-five per cent of horses racing today are his male-line descendants.This is a vivid portrait of high and low life; of princes, paupers and prostitutes; an era of passionate sport, ferocious gambling, and uninhibited sex. It's the story of a rank outsider who went on to become a national celebrity; and of the horse that became a national icon, and whose influence is transcendent 200 years later.

Other Editions - Eclipse by Nicholas Clee 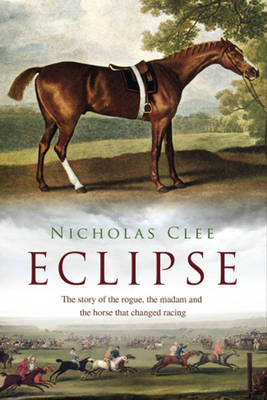 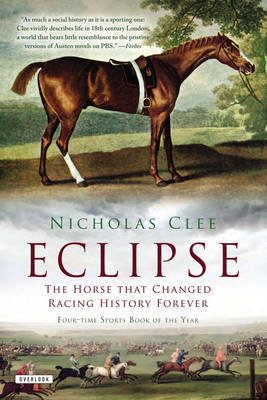 » Have you read this book? We'd like to know what you think about it - write a review about Eclipse book by Nicholas Clee and you'll earn 50c in Boomerang Bucks loyalty dollars (you must be a Boomerang Books Account Holder - it's free to sign up and there are great benefits!)

Nicholas Clee is a journalist, cookery writer, and racing enthusiast. He lives in north London with his wife (also an author) and two daughters.

A Preview for this title is currently not available.
More Books By Nicholas Clee
View All