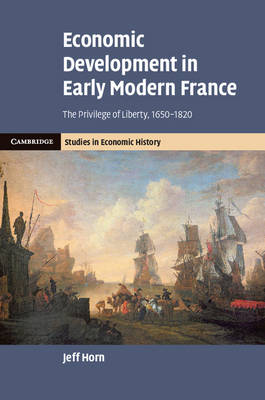 Privilege has long been understood as the constitutional basis of Ancien Regime France, legalizing the provision of a variety of rights, powers and exemptions to some, whilst denying them to others. In this fascinating new study however, Jeff Horn reveals that Bourbon officials utilized privilege as an instrument of economic development, freeing some sectors of the economy from pre-existing privileges and regulations, while protecting others. He explores both government policies and the innovations of entrepreneurs, workers, inventors and customers to uncover the lived experience of economic development from the Fronde to the Restoration. He shows how, influenced by Enlightenment thought, the regime increasingly resorted to concepts of liberty to defend privilege as a policy tool. The book offers important new insights into debates about the impact of privilege on early industrialization, comparative economic development and the outbreak of the French Revolution. 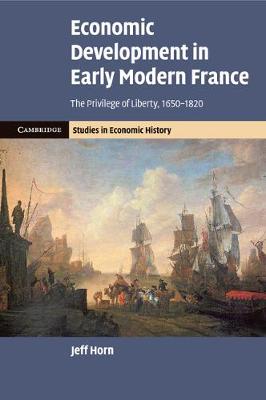 » Have you read this book? We'd like to know what you think about it - write a review about Economic Development in Early Modern France book by Jeff Horn and you'll earn 50c in Boomerang Bucks loyalty dollars (you must be a Boomerang Books Account Holder - it's free to sign up and there are great benefits!)

Jeff Horn is Professor of History at Manhattan College, New York. He is the author or editor of The Industrial Revolution: History, Documents, and Key Questions (2016), Reconceptualizing the Industrial Revolution (with Leonard N. Rosenband and Merritt Roe Smith, 2010), The Industrial Revolution: Milestones in Business History (2007), The Path Not Taken: French Industrialization in the Age of Revolution, 1750-1830 (2006), and Qui parle pour la nation? Les elections et les elus de la Champagne meridionale, 1765-1830 (2004). Horn was president of the Western Society for French History in 2013-14. His research has been supported by the US National Endowment for the Humanities, the National Science Foundation, New York University's Faculty Research Network, Manhattan College, and Stetson University, Florida.

A Preview for this title is currently not available.
More Books By Jeff Horn
View All

The Making of a Terrorist: Alexandre Rousselin and the French Revolution
$53.06 $58.95