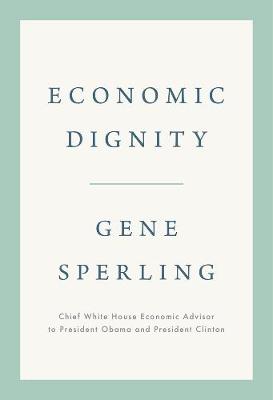 From one of our wisest and most influential economic thinkers, the only person to serve as Director of the National Economic Council under two Presidents, a profound big-picture vision of why the promotion of dignity should be the singular end goal by which we chart America's economic future

When Gene Sperling was in charge of coordinating the shaping and execution of the US government's economic policy in the Obama White House, he found himself surprised and dismayed when serious people in Washington worried out loud to him that the Obama focus on health care was a distraction because it was "not focused on the economy." How, he asked, was millions of Americans' fear that they were a single pink slip or a loved one's serious illness away from financial ruin somehow not considered an economic issue? To him, it was just one more example of a more profound truth he witnessed in his many years in our national economic debate- that when it comes to America's economic policy, there is too little focus on what the end goal should be.

Too often, he found that our economic debate confused ends and means; that we measured economic success by metrics like GDP instead of whether the economy was succeeding in lifting up the sense of meaning, purpose, fulfillment, and security of people. Too often, he found debates framed by old divisions or pro-market ideology that increasingly failed to capture whether economic policy was fostering exploitation, economic insecurity, and disillusionment that were too often invisible within our current framework. Now more than ever, at a moment when the very capacity of modern capitalism to avoid accelerating inequality, a hollowed-out middle class, and structural poverty is being questioned, we need to step back and reflect on our ultimate goals.

Economic Dignity is Sperling's effort to do just that - to frame our thinking about the way forward in a time of wrenching economic change. His argument combines moral and intellectual seriousness with actual high-level policy experience. Economic dignity, Sperling maintains, can be seen as resting on three pillars. The first- the capacity to care for family without economic deprivation denying people the capacity to experience its greatest joys - the birth of one's children, the companionship of a loving partner, the love of family and friends, the fulfillment that comes from providing. The second- the right to the pursuit of potential and purpose, including the right to first and second chances - the right to a life of active striving. The third- economic participation with respect and without domination and humiliation. All three pillars are rooted in the highest and most noble values of the American project. But getting there is the rub, and in Economic Dignity, Sperling offers paths that policymakers and citizens can follow for years to come. As he puts it, if you live in times when major steps forward are needed, it is important to be clear on your destination - or at least to know the North Star that is guiding you. His answer, in two words, is economic dignity. 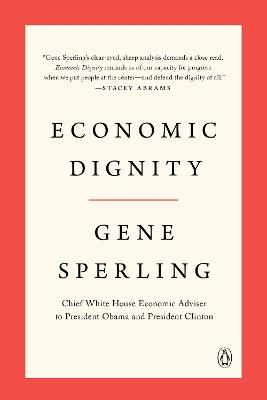 » Have you read this book? We'd like to know what you think about it - write a review about Economic Dignity book by Gene Sperling and you'll earn 50c in Boomerang Bucks loyalty dollars (you must be a Boomerang Books Account Holder - it's free to sign up and there are great benefits!)


A Preview for this title is currently not available.
More Books By Gene Sperling
View All