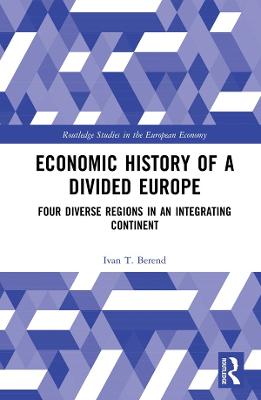 Economic History of a Divided Europe: Four Diverse Regions in an Integrating Continent

The author examines the distinctions between the regions, looks at how these differences transpired and became so retrenched, and answers the question of why some countries were able to elevate to higher levels of economic development while others could not. This book is unique in that it provides a timely historical analysis of the main causes of the most pressing conflicts in Europe today. Readers will come away from this book with a deeper understanding of the sharp divergence in economic standing between the four different regions of Europe, as well as knowledge about how institutional corruption and other cultural features exacerbated these variations. The book also offers a better understanding of major European Union confl icts between member countries and between member and nonmember countries, as well as the rise of autocratic regimes in certain countries. The book begins with a short history of European integration throughout European civilization and then goes on to discuss the modern reality of integration and attempts to homogenize the Continent that divided into four different macro-regions.

It will primarily appeal to scholars, researchers and students studying Europe from various fi elds, including economics, business, history, political science, and sociology, as well as a general readership interested in Europe's past, present, and future.

» Have you read this book? We'd like to know what you think about it - write a review about Economic History of a Divided Europe: Four Diverse Regions in an Integrating Continent book by Ivan T. Berend and you'll earn 50c in Boomerang Bucks loyalty dollars (you must be a Boomerang Books Account Holder - it's free to sign up and there are great benefits!)


A Preview for this title is currently not available.
More Books By Ivan T. Berend
View All