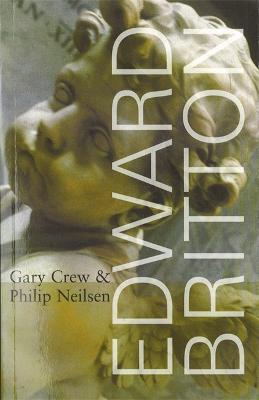 A boy convict, Edward Britton, 17, is the main character. He is good-looking, literate and well educated compared to the other boys, and has been a Shakespearian child actor in London. He was transported for stealing from the acting troupe's kitty. He attracts the attention of the daughter of the brutal Point Puer Commandant and a love affair develops. The girl's stepmother is jealous and makes Edward's life hell. A subplot revolves around an Irish convict boy, Izod, whose parents were killed by British troops during the food riots of the potato famine. Reduced to theft to survive, he was transported for stealing food. To his amazement, the Commandant is the same British Officer who killed his parents back in Ireland. He has a deep-seated hatred of the British generally and the Commandant in particular, and he plots revenge.The theme is study of tyrannical power which can be wielded by adults (and sometimes other children) who are placed in authority over the most disempowered, helpless and exploited members of society - the children.

» Have you read this book? We'd like to know what you think about it - write a review about Edward Britton book by Gary Crew and you'll earn 50c in Boomerang Bucks loyalty dollars (you must be a Boomerang Books Account Holder - it's free to sign up and there are great benefits!)

Queensland author Gary Crew has an outstanding reputation as a writer of young adult fiction and innovative picture books. His numerous prizes and awards include CBC Book of the Year: Older Readers for STRANGE OBJECTS and ANGEL'S GATE (1991 and 1994); CBC Picture Book of the Year shortlisting for LUCY'S BAY (1993); CBC Picture Book of the Year for FIRST LIGHT (1994); CBC Picture Book of the Year for THE WATERTOWER (1995); US Edgar Allan Poe Fiction Award shortlistings for STRANGE OBJECTS and ANGEL'S GATE (1991 and 1994) and the National Children's Book Award (1994) and US Children's Book of Distinction (1996). Gary is editor of the After Dark Series and author of the picture books FIRST LIGHT, THE LOST DIAMONDS OF KILLIECRANKIE, BRIGHT STAR, THE VIEWER, TROY THOMPSON S EXCELLENT POETRY BOOK, TROY THOMPSON S RADICAL PROSE FOLIO, MEMORIAL and LEO THE LION TAMER. His previous Lothian YA Fiction titles are MAMA'S BABIES and DEAR VENNY, DEAR SAFFRON. Philip Neilsen is a fiction writer for adults, young adults and children, as well as an acclaimed poet. His twelve books include IMAGINED LIVES: A STUDY OF DAVID MALOUF (1996), THE STING IN THE WATTLE: AUSTRALIAN SATIRICAL VERSE (1993), EMMA AND THE MEGAHERO (1995) and two previous books for Lothian, THE WOMBAT KING and THE LIE (1997), which have been translated into German and Korean. His story in THE DARK HOUSE (ed. Gary Crew, 1995), was shortlisted for an Aurealis Award. Philip is Head of the Creative Writing program at the Queensland University of Technology, where he is an Associate Professor of English.

A Preview for this title is currently not available.
More Books By Gary Crew
View All