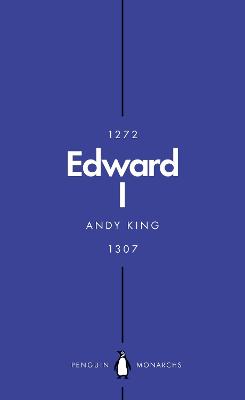 Edward I (1272-1307) is one of the most commanding of all English rulers. He fought in southwest France, in Wales, In Scotland and in northern France, he ruled with ruthlessness and confidence, undoing the chaotic failure of his father, Henry III's reign. He reshaped England's legal system and came close to bringing the whole island of Great Britain under his rule. He promoted the idea of himself as the new King Arthur, his Round Table still hanging in Winchester Castle to this day. His greatest monuments are the extraordinary castles - Caernarfon, Beaumaris, Harlech and Conwy - built to ensure his rule of Wales and some of the largest of all medieval buildings.

Andy King's brilliant short biography brings to life a strange, complex man whose triumphs raise all kinds of questions about the nature of kingship - how could someone who established so many key elements in England's unique legal and parliamentary system also have been such a harsh, militarily brutal warrior?

Other Editions - Edward I (Penguin Monarchs) by Andy King 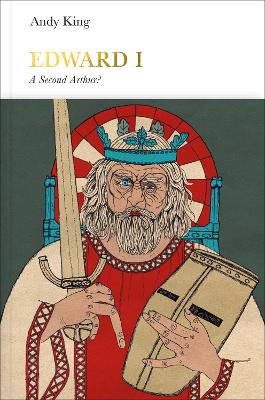 » Have you read this book? We'd like to know what you think about it - write a review about Edward I (Penguin Monarchs) book by Andy King and you'll earn 50c in Boomerang Bucks loyalty dollars (you must be a Boomerang Books Account Holder - it's free to sign up and there are great benefits!)

Andy King is a Lecturer in History at the University of Southampton. Among his many historical interests are the studies of castles, military culture and Anglo-Scottish relations in the late medieval period.

A Preview for this title is currently not available.
More Books By Andy King
View All