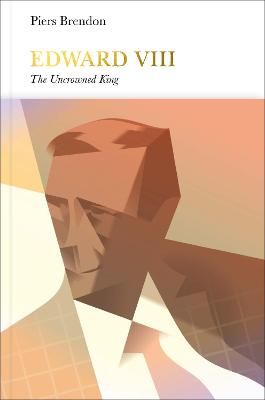 'After my death', George V said of his eldest son and heir, 'the boy will ruin himself in 12 months'. From the death of his father in 1936 to the constitutional crisis provoked by his proposal to the then-married American socialite Wallis Simpson and his subsequent abdication, Edward VIII reigned for less than year. In choosing the woman he loved over his royal birthright, Edward fulfilled his father's prophecy and instigated the monarchy's most significant upheaval of the twentieth century. Retitled 'Duke of Windsor' and essentially exiled, Edward has remained a controversial figure ever since. Through his correspondence with, amongst other confidants, Winston Churchill, Piers Brendon traces Edward's tumultuous life in this superb, pacey biography. 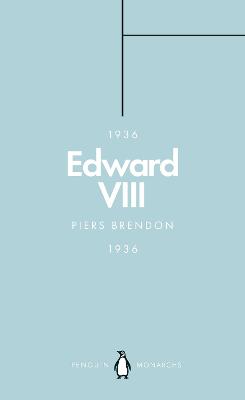 » Have you read this book? We'd like to know what you think about it - write a review about Edward VIII (Penguin Monarchs) book by Piers Brendon and you'll earn 50c in Boomerang Bucks loyalty dollars (you must be a Boomerang Books Account Holder - it's free to sign up and there are great benefits!)

Piers Brendon is the author of over a dozen books, among them The Dark Valley: A Panorama of the 1930s and The Decline and Fall of the British Empire. Formerly Keeper of the Churchill Archives Centre, he is a Fellow of Churchill College, Cambridge, and a Fellow of the Royal Society of Literature.

A Preview for this title is currently not available.
More Books By Piers Brendon
View All